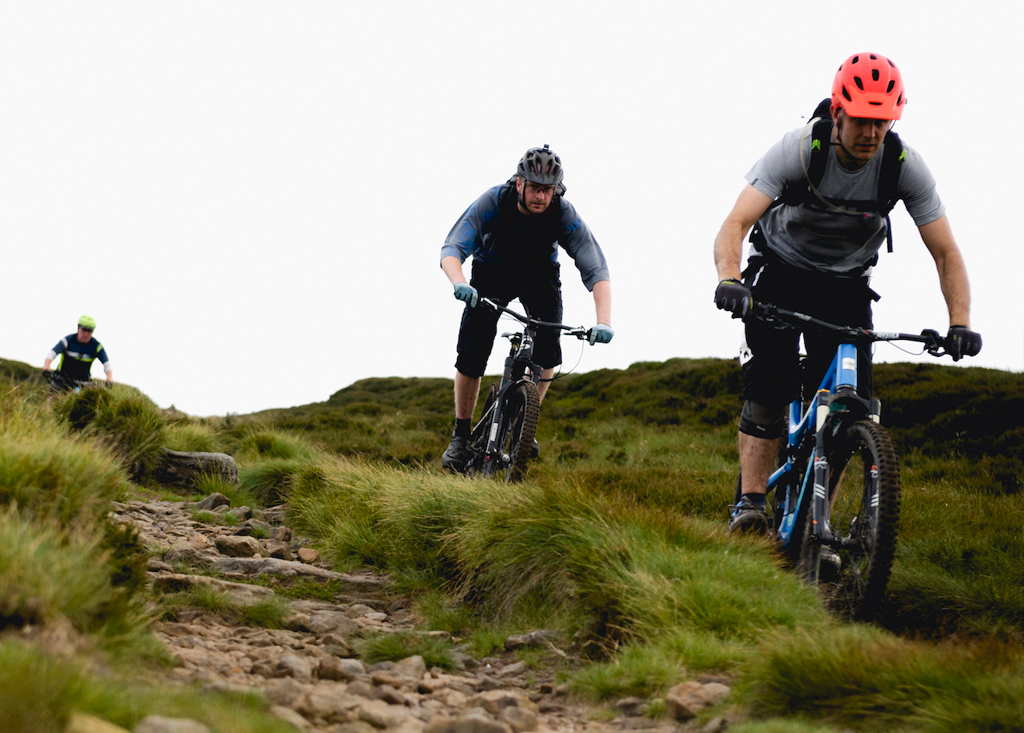 After nearly two years of appeal the £74,000 total for Cut Gate has been reached – heralding huge success for mountain bike advocacy and cross-group collaboration.

Two years ago, mountain bike advocacy groups Peak District MTB, Ride Sheffield and Keeper of the Peak began a conversation about Cut Gate, recognising the impact mountain bikes have on the fragile landscape. That conversation became a cross-group debate about how to protect the path and moorland which was soon picked up in the BMC’s second Mend Our Mountains campaign.

“It’s incredible to have made the total,” says Ride Sheffield’s Si Bowns, who with Chris Maloney from Peak District MTB led the campaign in the mountain bike community. “We started this conversation because as a community we care about the places we ride. We know we have an impact, but equally we know that we have to put something back.

“The Cut Gate appeal was started by mountain bikers and has shown how much we can make a difference – but more than that, it has brought us together with other groups like the horseriders and walkers. Together we can do so much more.”

Chris Maloney says “Mountain bikers really got behind this campaign and have driven the crowd-funding on; it’s been fantastic to galvanise the support like this and we have to thank each and every one of them who donated, ran events or just helped us on. I speak for both of us when i say that every retweet or comment in support of the campaign was a boost!

“Their support has been brilliant. Couple that with the partnership with the BMC, the Peak District National Park and Moors for the Future and it’s really set this campaign apart for the mountain biking community.

“Moors for the Future’s expertise – especially in chasing down grant applications on top of the crowd funding – has really made a huge difference and it’s brilliant to work alongside them on this project.

“We’re chuffed to have made the total. It’s a landmark for the mountain biking community. And even better, me and Si might get a ride in a helicopter!

“Thanks to each and every one of our supporters – and well done. This was your campaign, and you bloody did it.”