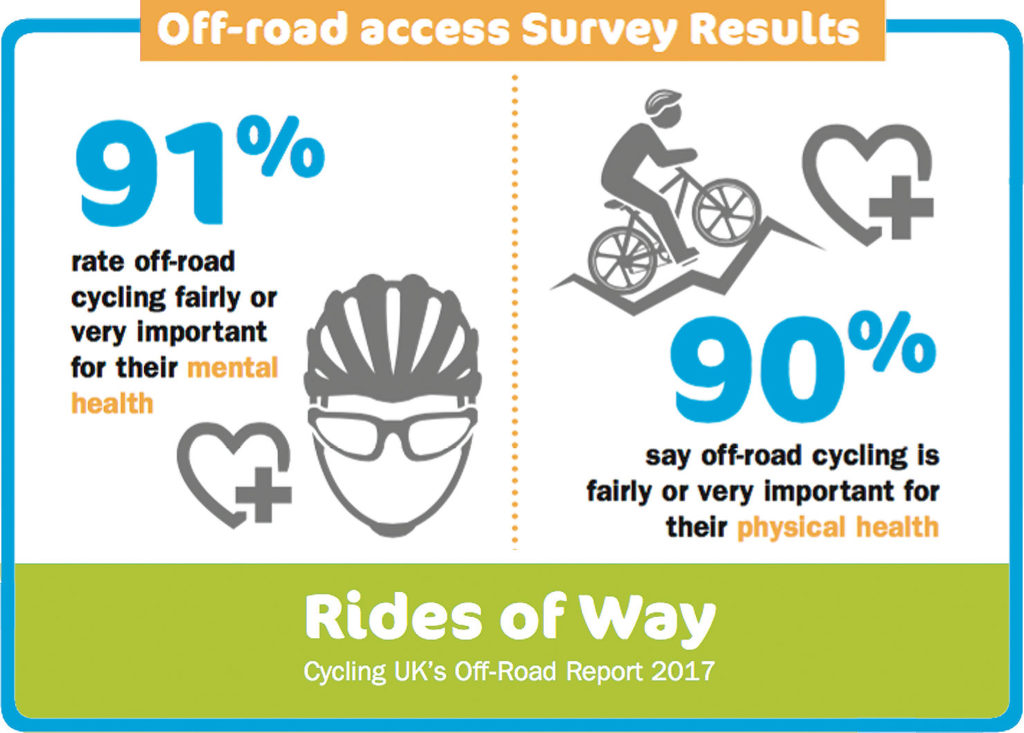 Almost three quarters of cyclists feel the existing public rights of way network is unsuitable for modern cycle usage. That’s one of many conclusions from 11,482 people from across the UK who completed Cycling UK and OpenMTB’s survey of off-road cycling. You can now see the results for yourself…

Cycling UK (formerly CTC) have been at the forefront of securing access for off-road cycling since the late 19th century and were behind the successful campaign for the Scottish “right to roam” that mountain bikers the world over are so envious of.

Nearly 80% of the rights of way network in England and Wales, however, is not officially usable by cyclists. The results of this 2016 survey will help make the case for more open access for mountain bikers in England and Wales. The data is also hugely valuable for businesses, landowners, local and national government and anyone else with an interest in the state of off-road cycling in the UK.

The data is fascinating on its own, but in this report Roger Geffen MBE (Policy Director at Cycling UK) also provides useful insight into the kind of improved off-road access they are looking for in England and Wales. It’s well worth a read and we’d love to get your feedback on our Facebook page.

You can read more about this survey on Cycling UK’s website.