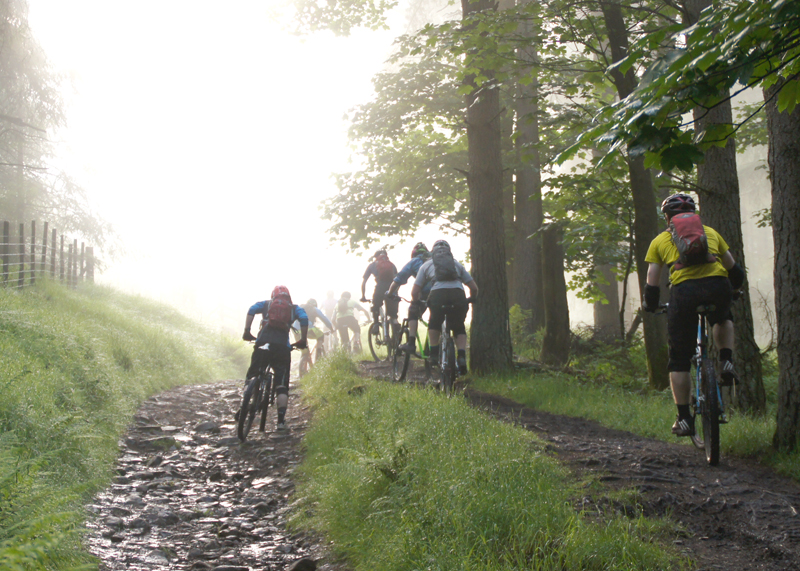 In a completely fresh, new idea sort of way for December we here at Peak District MTB thought it would be interesting to have a look back over 2016.

It’s fair to say that 2016 has been a funny old year. The news has seemed more like satire with each passing day what with Brexit, Trump and the old celebrity ‘who’s next’ that’s been going on.

It’s been a funny old year for us too – but for far more positive reasons. I’ll start with the constant growth of our membership. At last count we had nearly 1000 supporting members, just shy of 3000 Facebook followers and some 100 affiliated mountain bike groups. This makes us one of the largest user groups in the Peak District national park. It also gives us a great ‘in’ to some of the decision making bodies in the area. Your membership and support gives us a lot more weight to push doors open – and it’s making a difference. Want to join up? It’s easy – just click on Get Involved up top. We held our first AGM – great to meet some of you. We also grew as a committee too; this year welcoming Billy Clegg and Andy Wood to the Peak District MTB team bringing some very welcome fresh ideas and energy to our team.

So what’s that meant for us? Let’s get one big one out of the way: Rushup Edge. We didn’t expect it at all, but pushing Derbyshire County Council to a second consultation – though not a win (that remains to be seen) – was a success for the campaign. Fingers crossed for a positive result on the actual work. Fingers crossed for all our views being accurately represented. But still, great to see the campaign have an impact.

We’ve been able to build some much stronger relationships with important groups and individuals over 2016. Not least the Peak District National Park Authority. They’ve been incredibly supportive of our trail work. In addition, they have now thrown their weight behind the joint work we’re doing with Ride Sheffield on Cut Gate – digging through paperwork and politics for now, with some brilliant, influential voices helping us and some promise for the future. Sheffield City Council is on board with that one too.

Severn Trent Water are now talking to us regularly about what we can do to open access on their land and Dan’s been having some very interesting and promising conversations with landowners in the Staffordshire Peak District about cultivating a positive relationship with the biking community there – and maybe even some permissive trails.

Talking about working with landowners: Paul’s been in ongoing discussion with the peak park and the landowners about doing some exciting work on Bradwell Edge. Perhaps the most exciting thing about it is that it will be part funded by Derbyshire County Council; but what we’re also talking about is clearing and reopening an ancient holloway, sorting the drainage and reducing the potential for conflict between riders and others using the paths off the edge.

We’ve been wielding spades and mattocks quite effectively elsewhere too. You’ll have no doubt seen our trail day videos; general spit and polish on places like Derwent Edge and Mam Tor has meant that the drains are draining, the paths are staying more singletrack than four lane motorway and people passing have seen mountain bikers doing their bit very visibly. But James has also been leading the way on sorting out the line from Whinstone Lee Tor to Cutthroat Bridge – the restored line, sympathetically worked, has been really well received by riders and others using the track. Moors for the Future are doing more work near the bottom; but we understand it’s also going to be sensitive and will recognise the work we’ve done. James has also used our good relationship with Severn Trent Water to get up and sort the drainage on Lockerbrook/Gores, digging out a couple of the drains and sorting that boggy corner. Thanks to every single one of the volunteers who came out to help. More to come in 2017.

We’re building good relationships with other groups; we’ve joined the Experience Community on a number of their rides. Not only have these been good fun, but working with this group builds our voice even further. Esther has been working very closely with the group to align our approach to advocacy and build a united approach to our campaigns and more importantly, do what we can to open up access to more people. We’ve also been doing some work with Peak Horsepower – this year we supported them in their launch of the South Peak Loop. That it’s now used by more riders than horses is immaterial of course – but it’s good to make more friends! Also, Andy has been further cementing the relationship with the horse riding groups in the White Peak. Again, building a single voice will help in some of our more challenging arguments.

Another group we’ve been working closely with is the British Heart Foundation. Their charity rides see hundreds of mountain bikers hitting the trails of the peak each year. This year the ride was set to go over Cut Gate in March. Clearly a bit mad; but we got in touch and found ourselves in a position where they asked us to suggest a better route. One evening in the pub with some maps and we had two suggested routes which they loved and which they went off and secured the permissions for – including down some footpaths. This has opened up the opportunity for us to talk about opening up some of the trails they used – potential for even more access can only be a good thing!

Finally, creeping across the line just a week or so ago – this very website! Designed by incoming chair Andrew and developed by his good friend (and group member) Simon. If you’re riding in the Peak District, it’s pretty much a one stop shop. And we like to think it looks pretty good too. Take a look around. There’s lots going on.

So there you go. 2016. A funny year but a bloody good one for Peak District MTB. We’ve got a great foundation now and have never been so busy as a group. 2017 looks like it might shape up to be something of a tipping point in what we can do. Thanks for being a part of it.

Merry Christmas and a Happy New Year from all at Peak District MTB.