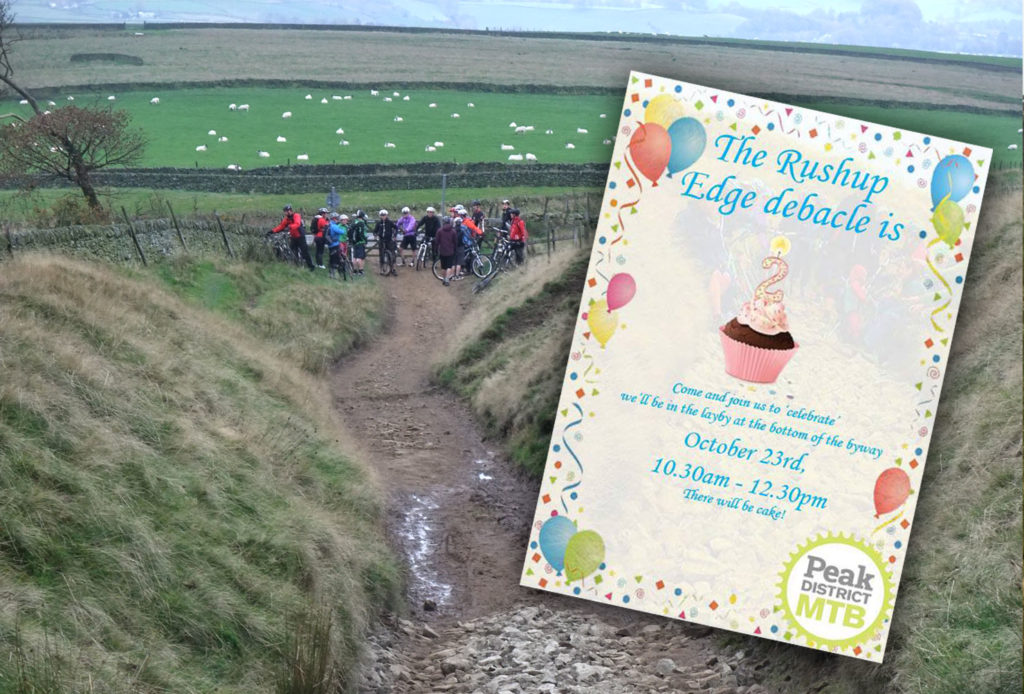 October 23rd marks the 2nd anniversary of the day we received a tip-off through Keeper of the Peak that Derbyshire County Council were commencing maintenance work on the Rushup Edge byway (aka Chapelgate). Our very own chairman rode up to have a look and it was obvious that the intended maintenance was controversial and that DCC had not engaged with user groups very effectively on the plans.

Peak District MTB organised a picnic protest which attracted attention from all over the country with magazine coverage from Singletrack. The cost and nature of the maintenance work were two key drivers to our argument and the noise created on social media was very uncomfortable for DCC.

In honour of this 2nd anniversary we’re holding a little outdoor birthday party and you’re very welcome to come along.