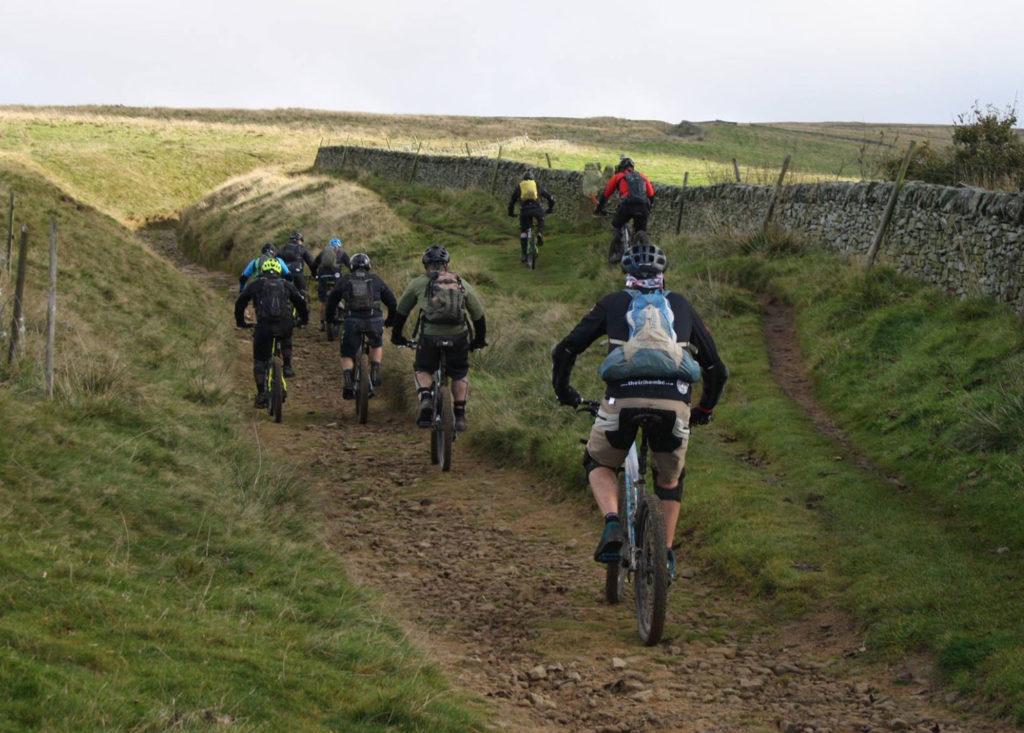 In October 2014 Rushup Edge was closed for insensitive resurfacing and remains closed 3 years later, but there is a small glimmer of light at the end of the tunnel.

Derbyshire County Council have been the major hurdle in getting a positive outcome. It’s been incredibly hard work getting them to acknowledge, listen and respond to our concerns over the way the consultation was handled and how this should never have come about in the first place. Not just our concerns, but concerns of hundreds if not thousands of other trail users. The gears of local politics turn slowly, whilst in the meantime an iconic Peak District trail is ruined – and officially closed – for mountain bikers, horse riders and walkers alike.

Rushup Edge – AKA Chapel en le Frith byway 144 – was closed for resurfacing in October 2014. The intent was to smooth out the natural bedrock trail in the name of access, but the trail is currently in an unfinished state of loose aggregate. We’ve reported on progress over the last 3 years, but progress has been painfully slow. Fingers crossed this is a turning point.

Here’s Chris’s article on Keeper of the Peak >