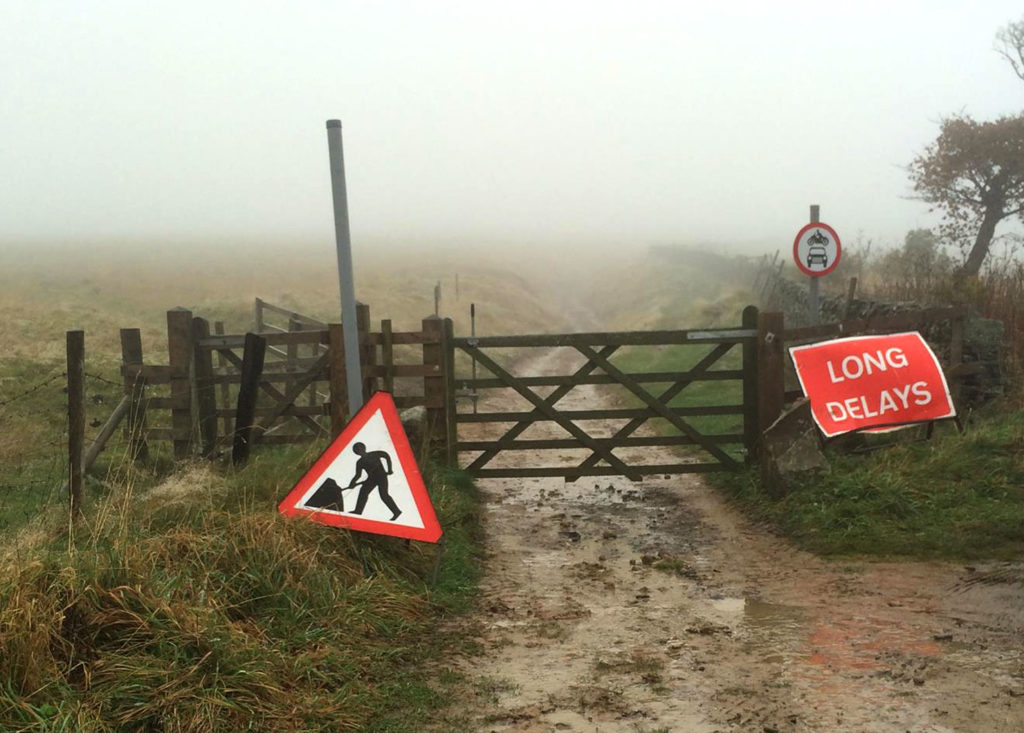 This October will mark two years since the controversial (and as yet incomplete) Derbyshire County Council maintenance of the popular Rushup Edge trail. So what’s going on?

Earlier in the year both PDMTB and Peak Horsepower wrote to Peter White from DCC Rights of Way department expressing our concern that Rushup Edge remained closed. We were told previously told that DCC would prepare a new strategy and we were promised we’d be involved in further consultation. We had heard rumours it was planned to commence in July 2016 and would include plans for other green lane maintenance. We received the usual silence from Mr White until we chased him several times.

Eventually he sent us this reply…
“My apologies for not replying sooner; we are a smaller team nowadays owing to budget reductions compounded by vacancies within the team making it quite difficult. We are recruiting and hopefully we will be fully staffed by the end of the summer albeit with a third less staff and the same amount of work to process. That short explanation is the reason why there is a delay putting the revised proposals out to consultation. Your concerns are noted and I agree that the delay is not acceptable. We shall aim to put the consultation out as soon as possible.”
Peter J White, Rights of Way Officer

We appreciate the councils are all suffering very severe cost cutting. The irony of the situation: that an extremely expensive and unpopular repair has been delayed because of lack of funds, is not lost on PDMTB.

Following this, Friends of the Peak have also written to express their concern about the delays. We will continue to push DCC to arrange a meaningful consultation and restore Rushup Edge to a good standard as soon as possible. We’ll be highlighting the delays to our other supporters and maintain the pressure. With the growing membership we are fast becoming a strong voice for mountain bikers in the Peak District.