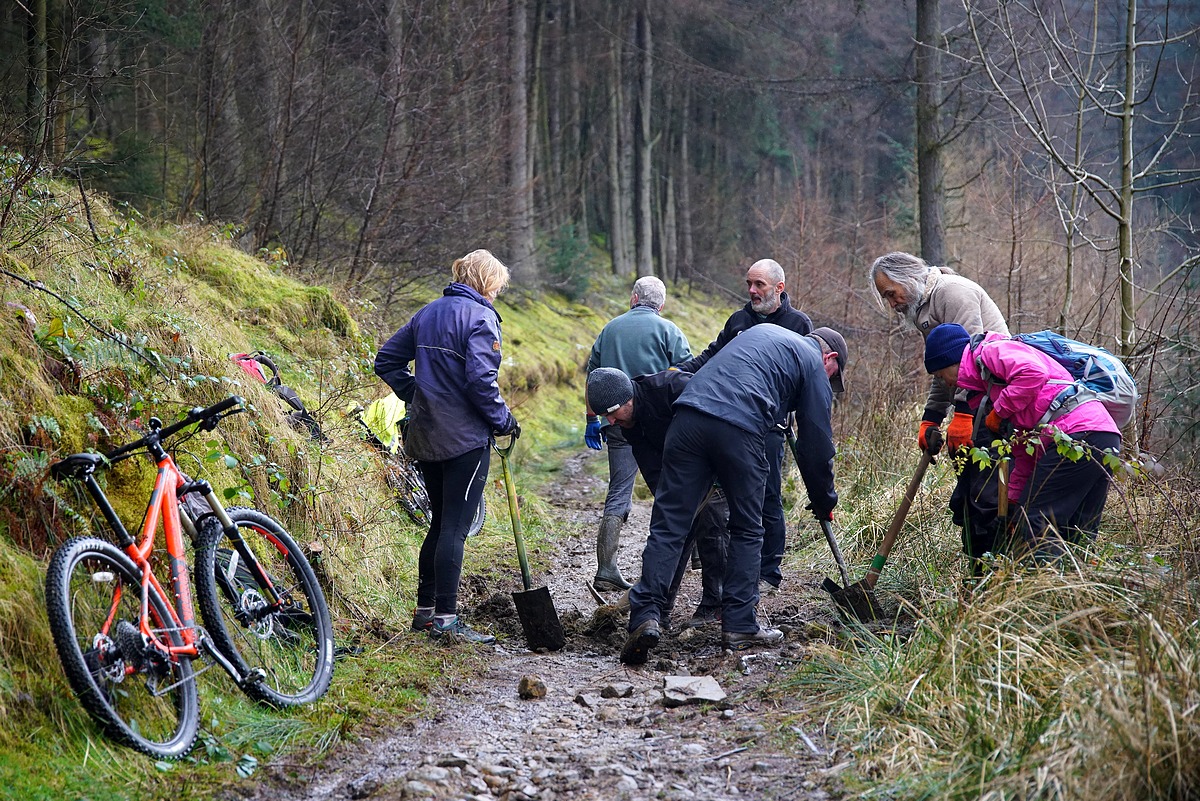 Back in February, before THE EVENT, when there was still the last of winter’s snow on the higher ground. The Peak District MTB volunteers headed out for the 3rd dig day on the new Elmin Pits Farm trail. 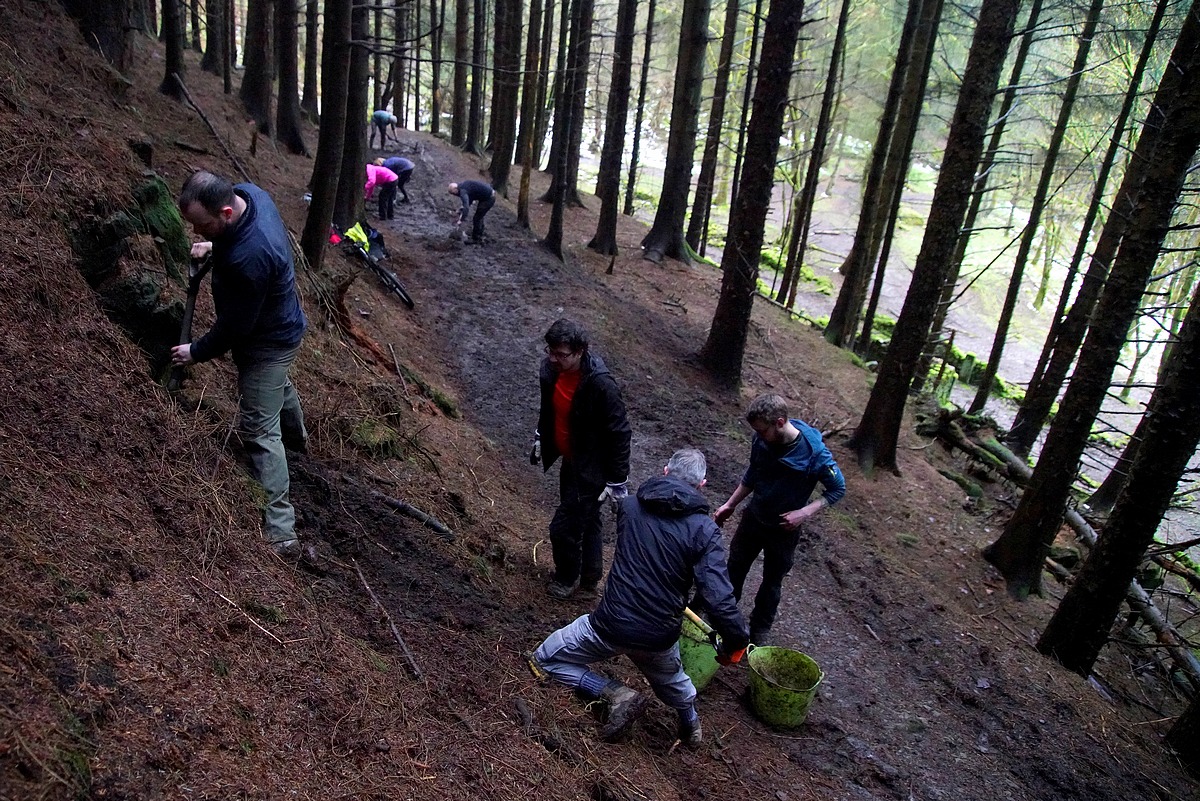 After adding more drainage to the bottom straight, we headed up to the long top straight. Where we added drainage notches in a few places and prepared the surface for the new trail. 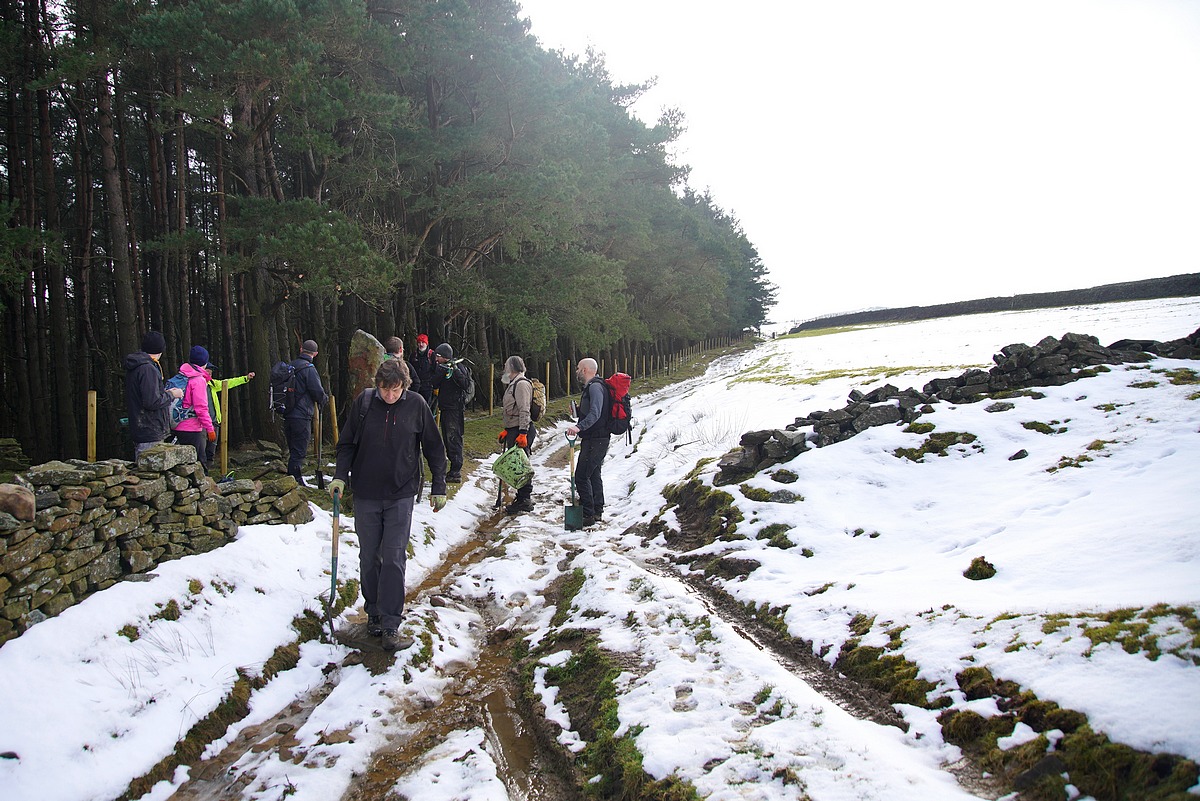 Having concluded that stage of the work, we moved onto the nearby Hope Cross bridleway. As the snow had been melting, there was plenty of flowing to see how the drains were working. And we were able to improve flow into old existing drains in a few places. 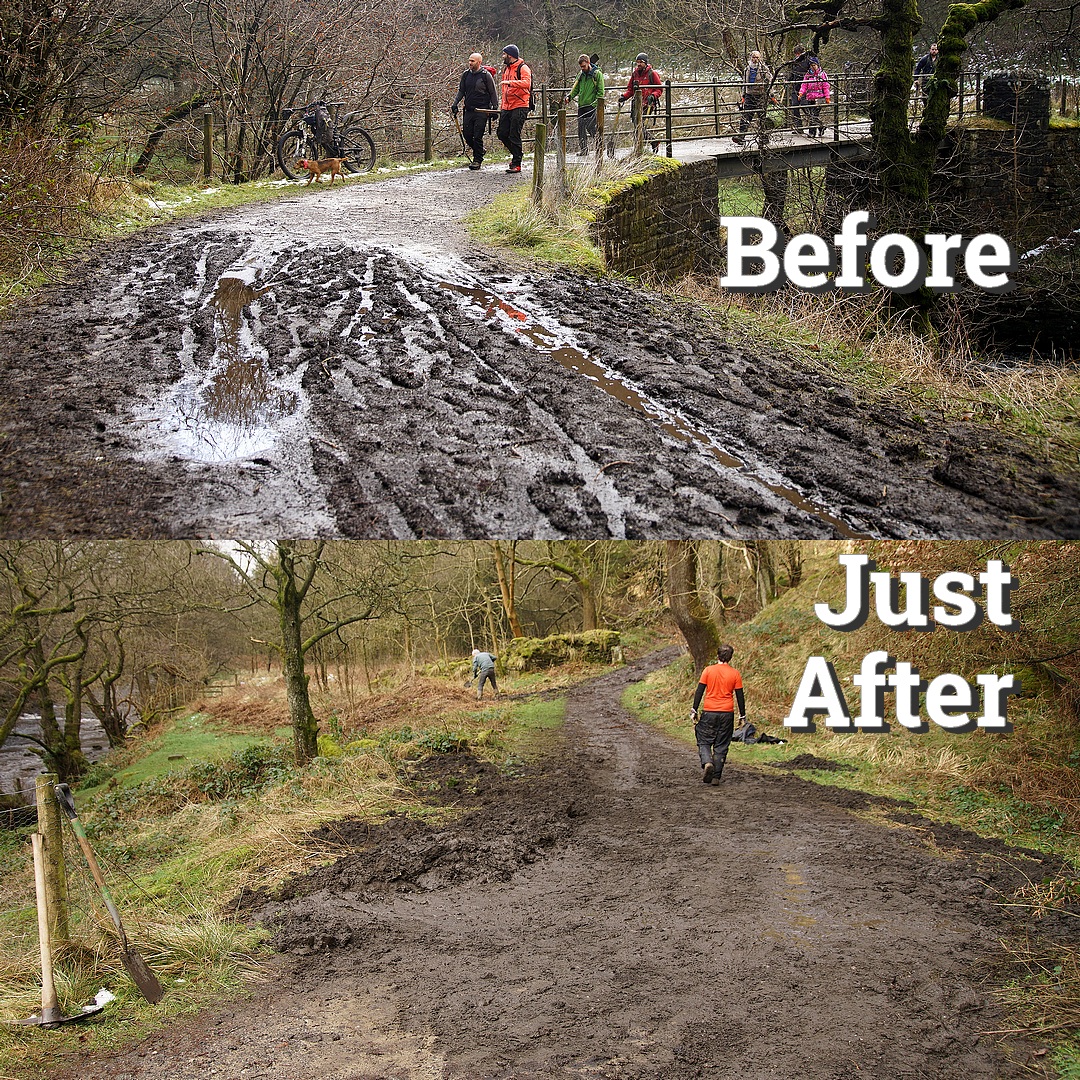 Down at Haggwater Bridge, a large amount of mud and standing water had built up again over the winter months. Despite the smell, the best approach was to dig off the slop, exposing the underlying hard-packed surface. 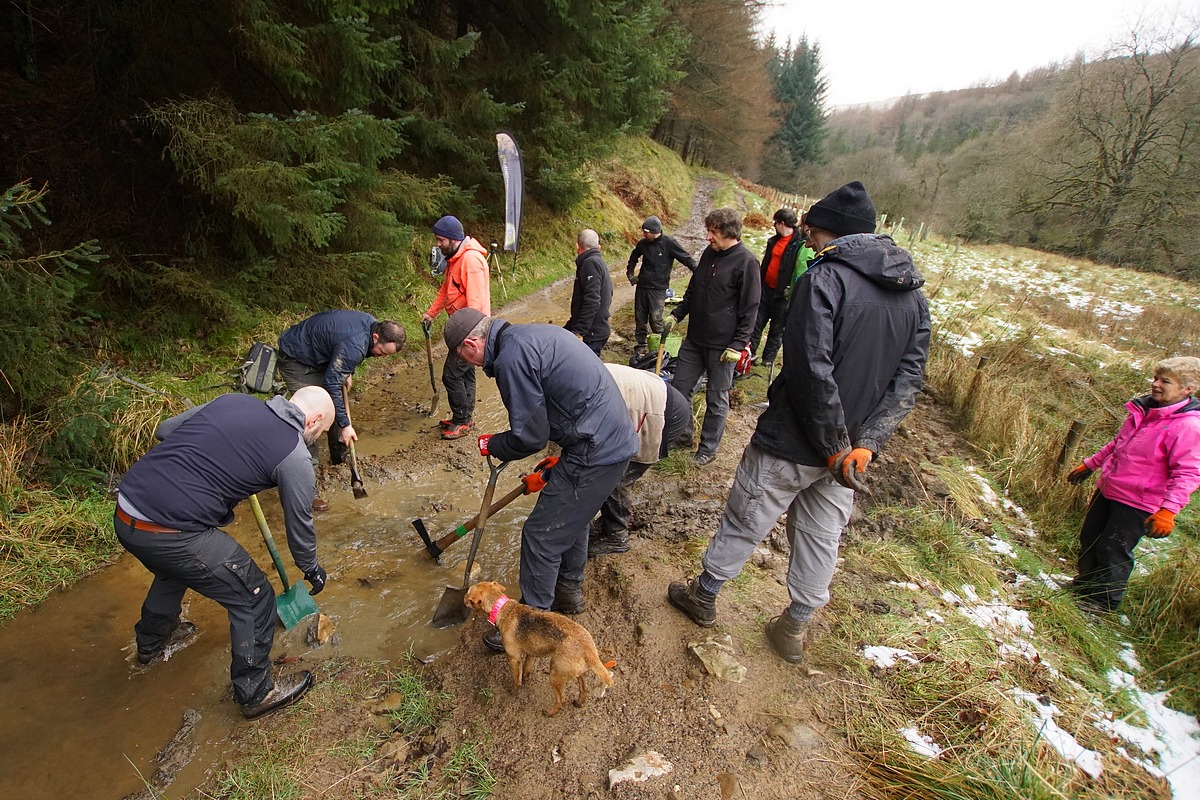 Heading back towards Ladybower, the streams crossing the path were spreading over large areas and the surrounding raised areas were pitted and pooled from users diverting and the wet weather. We cut in more drainage here, greatly reducing the water-logging of the path and abating further erosion of the sides. 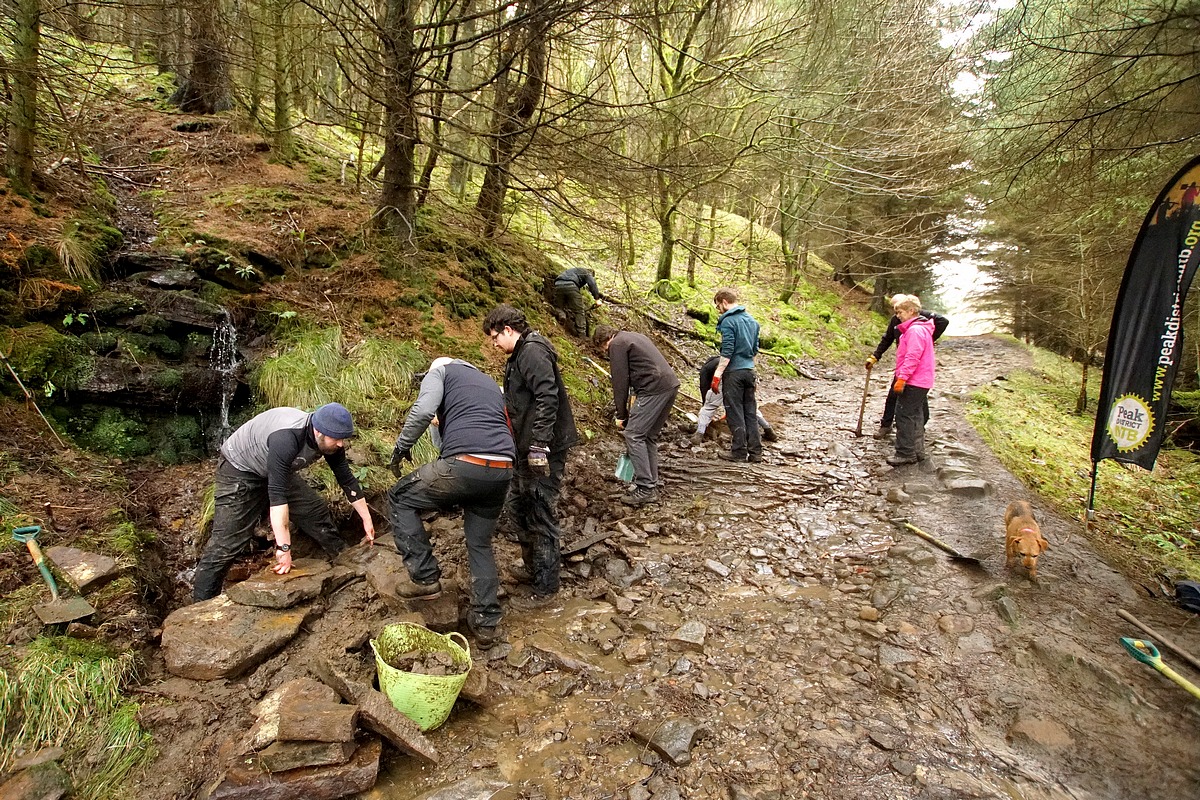 On the next section, a lot of water was flowing out the banks and over the track. As is often the case when start digging to solve a drain issue on an these old bridleways, we soon came across a well built, years old, drainage system that was covered and partly blocked. Further exploration showed it ran most of the length of the bank and was capable of getting much of the water off the path.

Thanks to everyone who came along and helped. We still have more work to do on Elmin Pits Farm, in the future, before it is opened. At some point we will return.