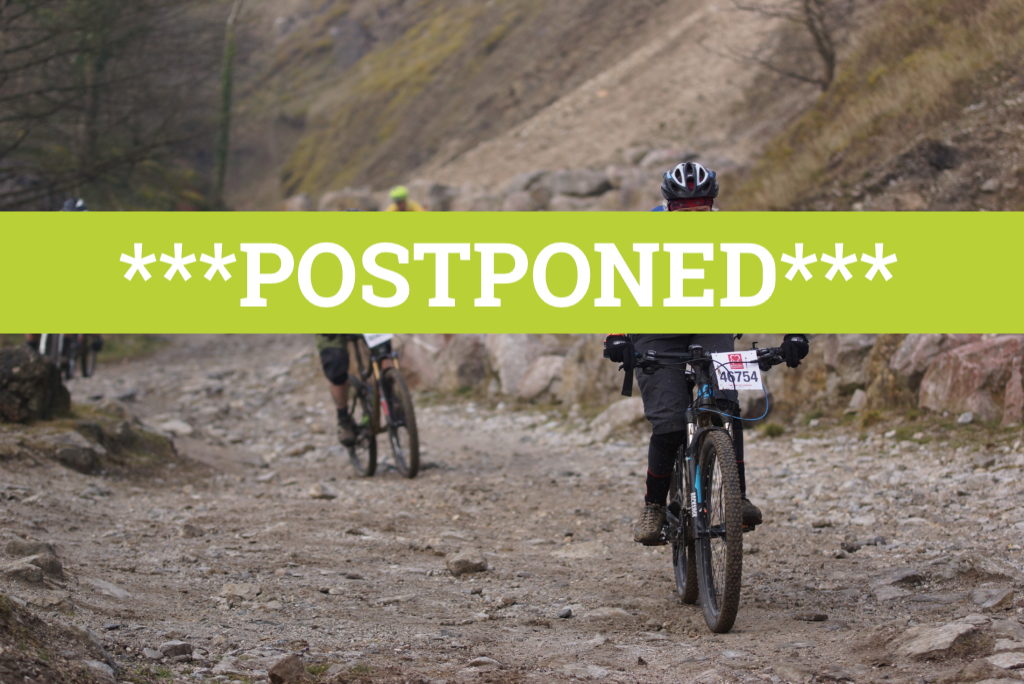 After a test ride at the weekend, they’ve made the call that some parts of the planned route simply won’t take the traffic and with the weather set to take another wintery turn, there’s a risk to the less experienced and equipped riders on the day, not to mention the marshalls. So the charity has made the call to wait until later in the year to run the event.

We here at Peak District MTB are sad that the event is on hold – it’s a great entry in the calendar each year and something we’re proud to be involved in – but we have to applaud the British Heart Foundation (BHF) for taking what must have been a difficult decision in light of the conditions.

Of course, that doesn’t mean they can’t still raise a bit of cash. To say thanks for thinking about the trails in the area please consider putting some money the BHF’s way. It’s a big thing to call off an event like this and the British Heart Foundation should be praised for making the tough choice. Say thanks to them for thinking about your trails by giving them some coins.

For us here at Peak District MTB it’s a shame as a number of our members had kindly given up their time to marshall the event. Thanks to Adrian Heath, Graham Koch, Keith Warton, Martin Wright, Sarah Weir, Pat Rubix and Chris Howard for volunteering and your commitment – it means a whole lot more than just the work you’d be doing on the day. Hopefully you’ll still be up for it when the event’s held later in the year.

Thanks again from all of us here at Peak District MTB.

Also thanks to friends of Peak District MTB Billy and Rachel at Café Adventure in Hope who had offered to cater for all our marshalls. As always your dedication to advocacy in the local area is incredible.

And finally thanks to those of you who were taking part for being understanding. It’s going to be frustrating not being able to do the challenge this weekend but hopefully you can see why! And look at it this way; you’ve got a free day biking still! See you later in the year at the rescheduled event. Check out http://www.bhf.org.uk/peak for details.