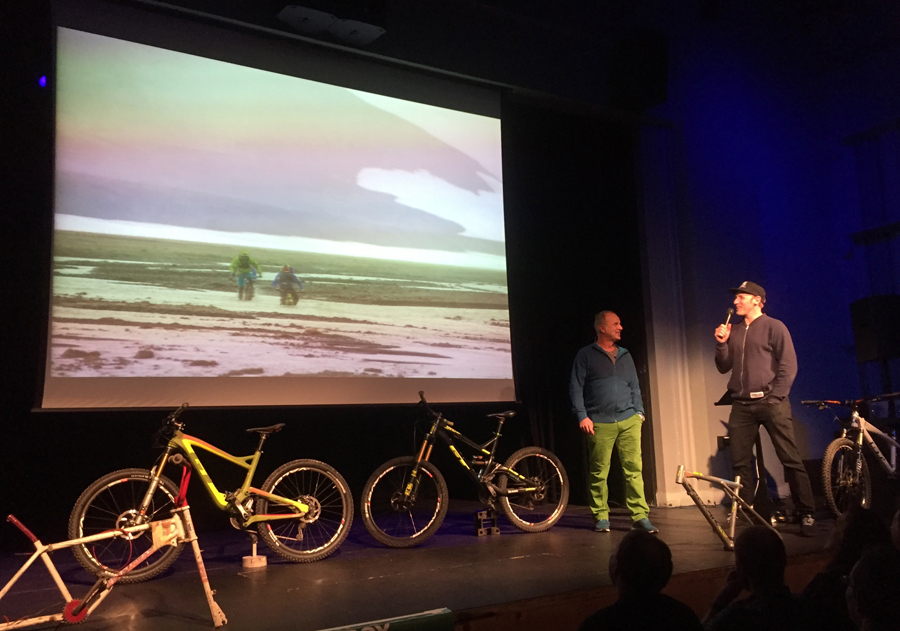 Mountain bike legend Hans “No Way” Rey was in town last week, telling tales of his 30 year career to a full house at the Pavilion Arts Centre, Buxton. I’ve always seen Hans Rey as a guy who has (somehow!) made a living out of hopping around the World on a bicycle, but he’s much more than that. It was clear that Hans knows what his sponsors want and knows the importance of building strong relationships. He is a mountain bike advocate. He knows about advocacy.

Capitalizing on the mountain bike boom in the US, Rey has spent the last 3 decades having incredible adventures around the World and running his Wheels4Life charity (www.wheels4life.org). Carving out such a long and successful career is no doubt down to Rey’s appreciation of advocacy. His complete respect for his partners and sponsors could not be clearer, and he takes any opportunity to talk about projects and initiatives that help the mountain biking scene grow.

Advocacy is not a one-way street though. As mountain bikers, we all want new trails, we want new facilities and we want people to understand we’re a nice bunch of people. What do others get out of the growth of mountain biking though? This is where Rey is switched on.

Hans Rey knows that when working with local councils, communities, sponsors and the many partners involved in developing mountain biking, it often boils down to money. People want to know what the payback is for their involvement, and that’s most easily explained in numbers. When promoting ideas for a new trail, talk in numbers. When talking about why mountain biking is good for a community, talk in numbers. People are busy; they don’t have time to read pages of words. A simple statement “invest X, get Y back” is a language everyone can understand.

Rey finished his talk by hopping off the stage and up the auditorium stairs. But for all of Rey’s fantastic stunts, photos, videos and inspiring stories, “talk in numbers” was the message that stuck in my mind. Everyone understands numbers.