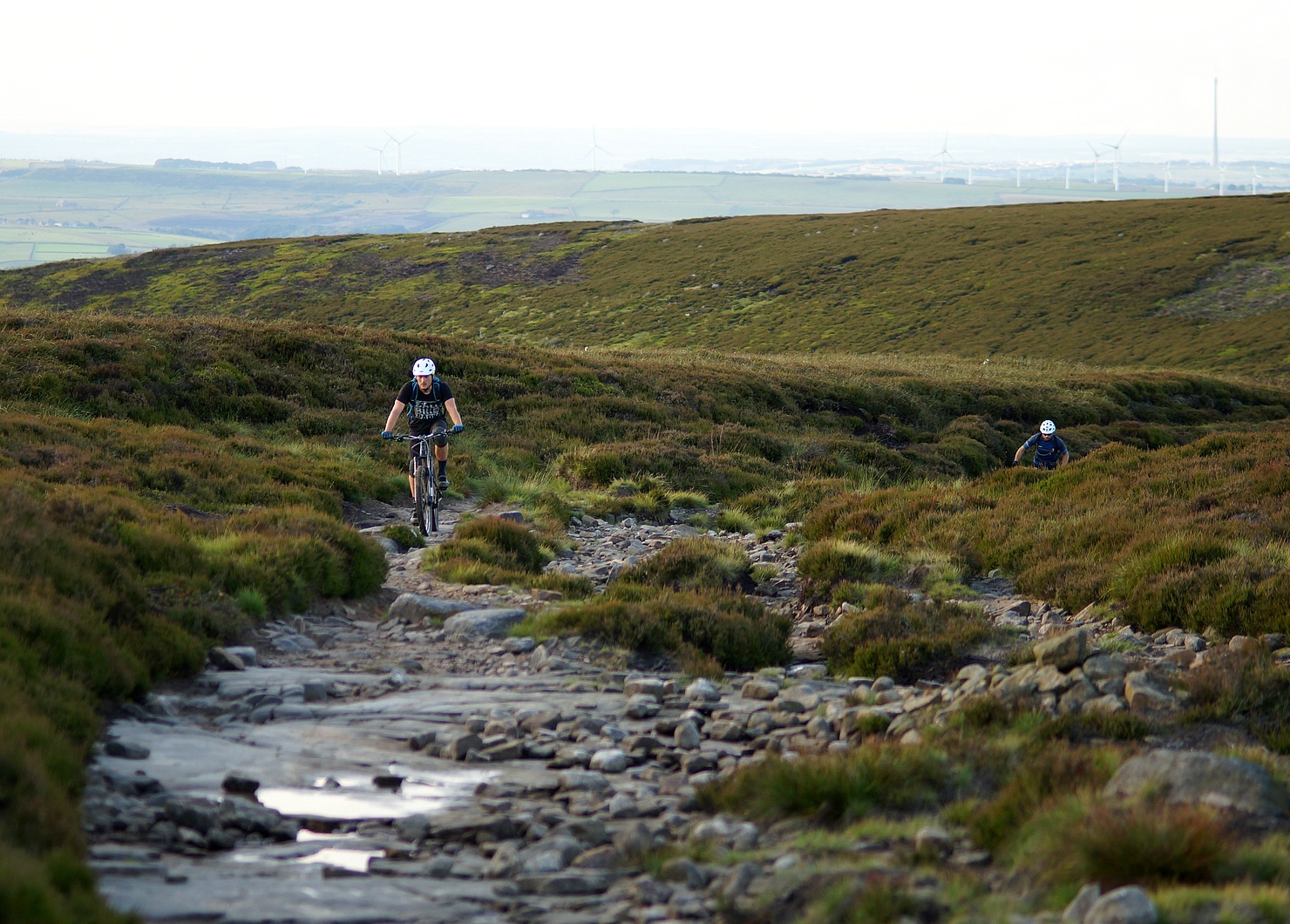 Those of you who’ve braved the rain and snow might have noticed some activity up on Midhope Moors. Moors for the Future Partnership (MFFP) have started work on restoring some of the paths across the moor.

So what’s going on?

The work currently under way is to restore and protect the bridleway commonly known as North America. MFFP have had this work planned for some time and with permissions in place, have begun work.

While initially it looks quite impactful, please don’t worry. We’ve been asked to look at and comment on the work underway and Si Bowns from Ride Sheffield has been on a visit with the contractors.

“I’ve been up to meet the contractor on site and discuss the works with them and Moors for the Future who’ve pulled this project together (along with Cut Gate bog works),” says Si.
“They’re doing it now to avoid nesting bird season and to satisfy the landowners/gamekeepers.

“They started at the low end and worked their way up, knowing that the material should get better as they go along. The plan is to avoid importing material from off site – they’ll be bringing material down from further up to firm up the bad clay sections.

“I was amazed just how well the majority of the works are holding up,” adds Si. “There’s now a good section of well bedded trail, where the mineral content is there in the material.

“Works here continue until 13th March when they have to be off site. There then should be another 500m or so of trail in by then. I think that a year of settling, along with freeze thaw cycles should see this usable much more of the year round – as a climb too.

We’ll stay in close contact with Moors For the Future on that one so please get in touch if you have any questions.

WHERE DOES THAT LEAVE CUT GATE?

MFFP aim to start work on Cut Gate later in the year. Without going into the details, aligning various agencies, contractors and permissions to the same window can be quite tricky, but MFFP are working hard to line everything up. Throw contingency in for bad weather too and they simply haven’t been able to line everything up for this winter.

The project continues of course, with all parties involved actively engaged in the discussions.

We’ll keep you informed; it’s all moving in the right direction.