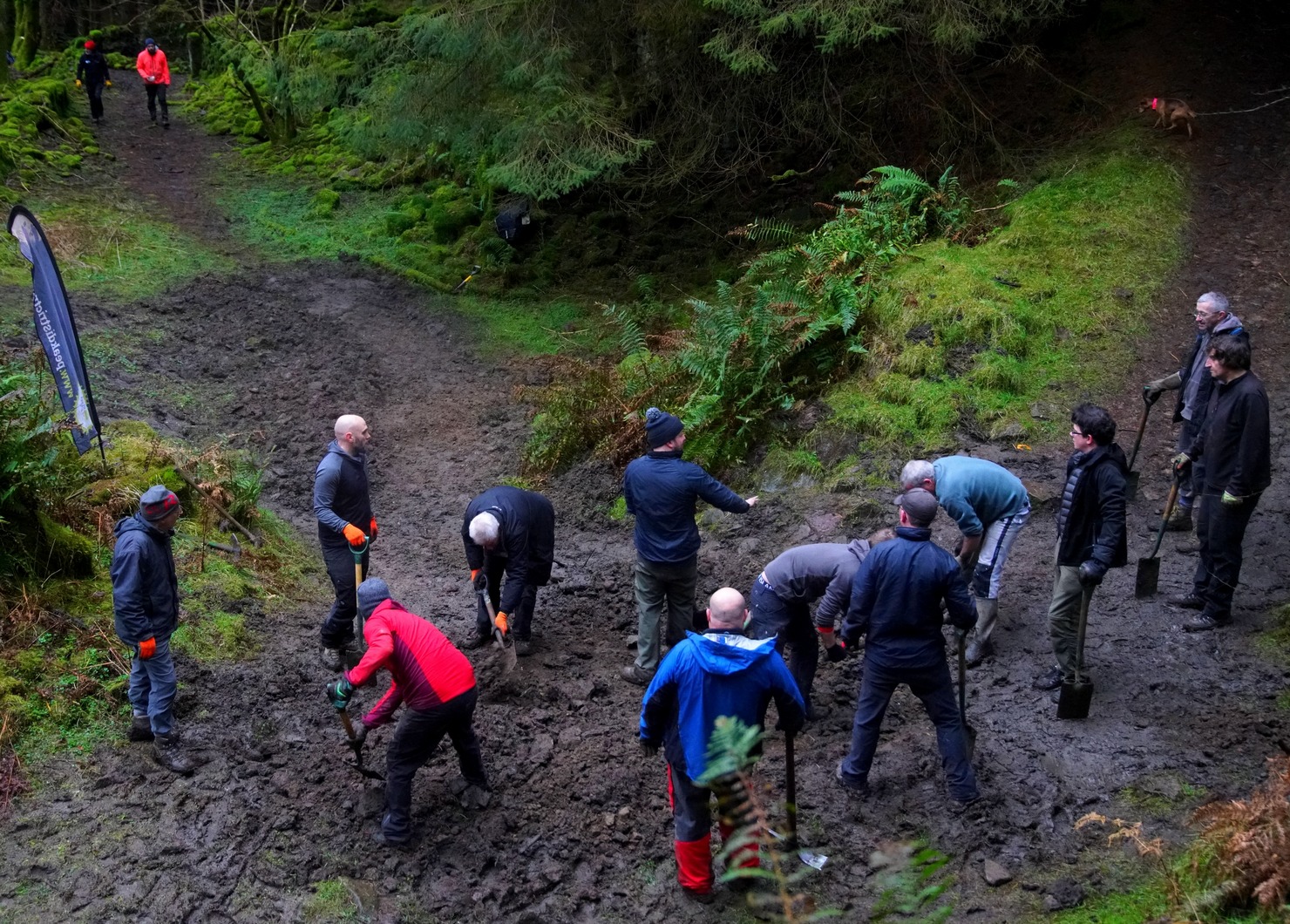 You might have seen the progress we’ve been making on our new trail to the west end of Ladybower. PDMTB committee member James Irwin and a group of brilliant volunteers have – under the watchful eye of Peak District National Park Rangers – have been working on establishing a new climb close to the Beast. Digging out drainage, bridging boggy sections and even at one point uncovering the long lost farmyard, James and the team have been establishing the first new permissive trail in the Upper Derwent Valley for years.

Long story short, there’s new permissive bridleway access going in at Ladybower thanks to the efforts of PDMTB.

But where’d it all begin? Well, waaaaay back in 2015 we started some tentative pitches to Severn Trent Water about improving access around the hills around Howden, Derwent and Ladybower. Going in with the argument that riders are actually pretty responsible and that the science is in our favour, it was great to get around the table with STW in 2016.

“That first meeting was a big step,” says James. “Being able to get in the room with the people who could say yes or no was important, because then we were able to really talk openly with them about what mountain bikers were about, talk through the positives and negatives and actually move things on in the conversation.”

“It was a good meeting,” says committee member Chris Maloney. “Severn Trent and the Peak Park rangers asked us some robust questions, but it was great to be able to show that we are a responsible group and answer their concerns in the meeting”

Of course, that was then – over four years ago – and things slowed right down after that with various niggles, challenges and hurdles thrown up. After our initial enthusiasm and progress, things just ground to a halt as we struggled to keep the conversation going, but in 2019 we managed to get back in the room with Severn Trent Water for a step change in our relationship.

“That second face to face meeting was amazing,” says Chris. “We’d had a faltering dialogue with STW, but we stuck at it and when we were able to pick up with them again they were completely open to discussion and positive about what we were doing.

“To be told we were ‘professional’ and ‘well organised’ was brilliant, bearing in mind we’re just a bunch of volunteers trying things for mountain bikers. Having a raft of evidence of the responsible nature of the mountain biking community was a huge plus too”

In the meeting, we agreed with STW to develop a PDMTB proposed climb and we talked about more routes. It’s early days, but the potential for increased access around the Upper Derwent Valley is now clearly established and it’s down to us to work with Severn Trent Water to look after the access we have in the hope that we can together continue to build both the relationship between landowner and mountain bikers, and also some bloody good stuff for riders.”

James Irwin agrees, “The climb up through Elmin Pitts farm is a great. It’s what we’re all about really – putting new access in for mountain bikers. If we can make it good too, it’s even better. We’re looking at the next route now and Severn Trent are really happy with what we’ve done.”

We’re in a situation now where one of the UK’s major landowners is actively and positively talking to us about increased access. And they’re bringing the suggestions to us.

We never knew how a few emails back in 2015 would lead to a collaborative partnership with a major landowner. We knew less that that landowner would come to US with suggestions for new access. But that’s where we are. It’s taken five years of tenacious effort on our part and some fantastic, progressive, collaborative people at STW to talk to us and more importantly; to listen.

We’re changing the attitudes. See you on the hill.