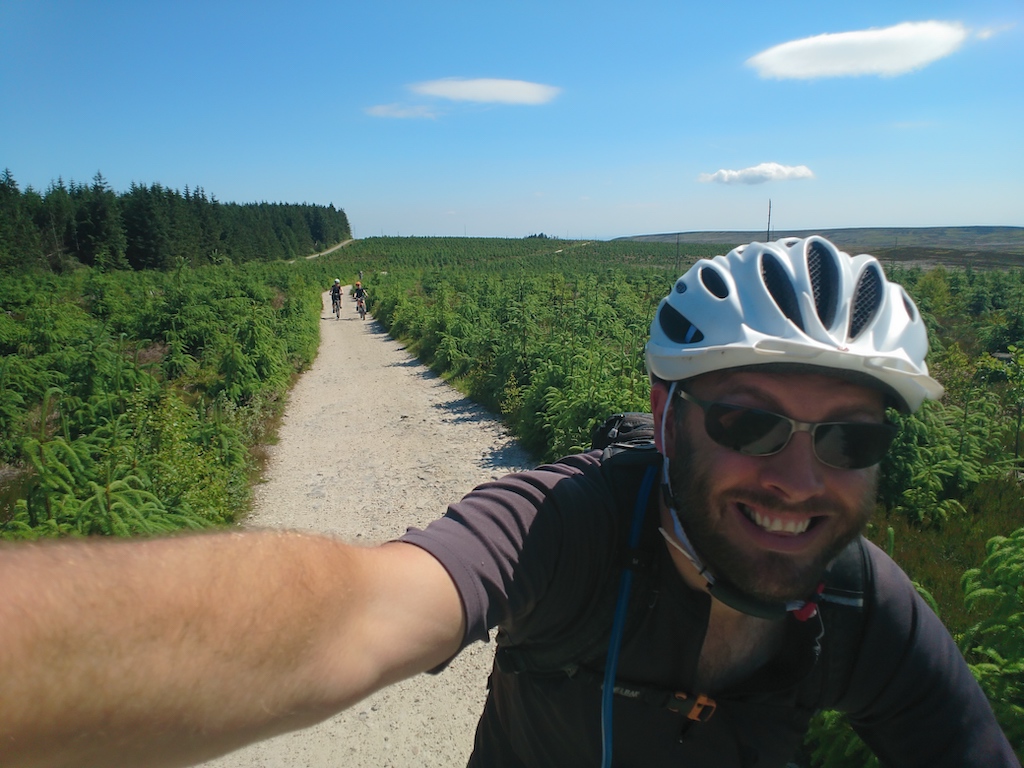 I responded to a query about potential for riding at the Roaches as I had been involved in some work with the Park Rangers over a decade ago, and (over a pint) that was where I met Dan… and since then I have spoken at the AGM and generally been around in the background before Dan officially asking me to join earlier this year.

There are days when things just ‘flow’ and it all goes well, and there are the others when things just don’t! So favourite rides over the past few years have been with my boys, as they’ve grown up and become stronger and more able, just to see them improve and get to the point where the riding is just fun and not just a ‘it’s just up there/here’s another jelly baby/it goes down soon’ ride.

I think it was a folding bike bought from a deal on the back of a cereal box!…. then there were a number of second hand bikes before getting my first ‘proper’ MTB, a Univega FS (FS for Front Suspension!) – then a slippery slope via Giant AC (snapped frame), Specialised Enduro, Planet X Armadillo (frame still in shed), Trek Fuel EX, Titus FTM, Salsa Horsethief (stolen ☹), Surly Karate Monkey (rigid SS – still ride this), Scott Spark, On One Parkwood B+, & Whyte S150. (Also a Tripster and a SS road bike, just don’t tell anyone.)

I’ve coached a lot of cyclists over the years and seeing a rider (in a relatively short period of time) manage something they thought was impossible is pretty special – although many of these moments I’ve not been ‘on a bike’.

Crashing whilst taking part in a Polaris event was pretty rubbish – mainly because it only ended in grazes and bruises, so when saying I couldn’t walk up or down stairs, there was no sympathy evident ☹

I started as a mountain biker I now consider myself as just a bloke who rides bikes… Also working for one of the country’s largest landowners I can now fully appreciate the issues with wider access and so sometimes don’t come down on the side of the riders… Sorry.