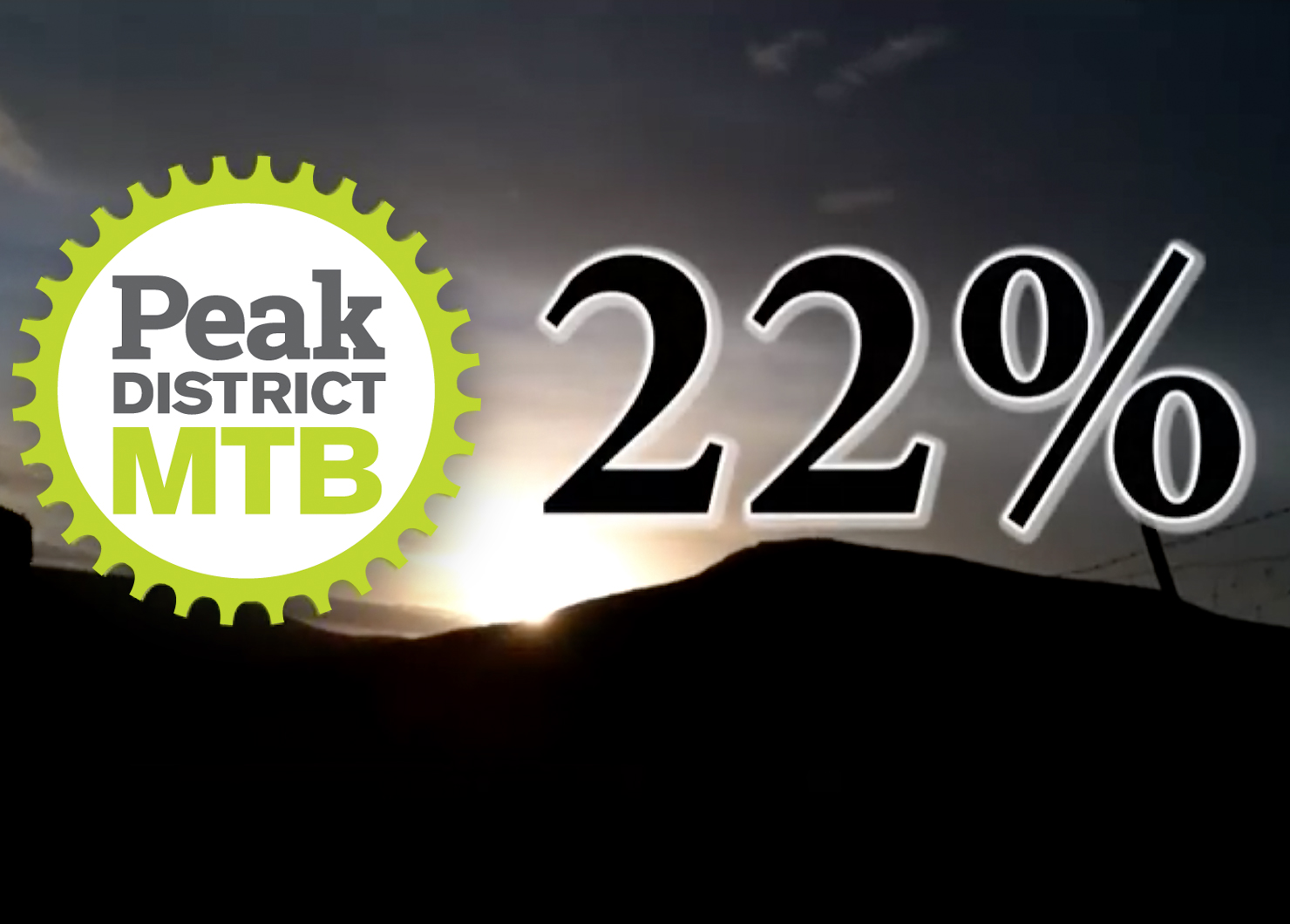 Peak District based mountain bike advocacy group, Peak District MTB, has launched its 22% campaign aimed at creating parity in the percentage of rideable rights of way in the national park with that of the rest of the UK.

Currently the national percentage of rights of way that are bridleways is around 22% (Cycling UK and OpenMTB) but in the Peak District National Park it is only 11% (figure provided by Peak District National Park Authority). This equates to just 220km of permissible routes whereas it should be 440km. To put this into context, there are 2136km of footpaths in the national park, upgrading some of these to bridleway status would still leave 1916km of rights of way with footpath status, the more than the distance from London to Minsk, in Belarus.

Peak District MTB chair, Dan Noble, commented, “When Peak District MTB was first established around 5 years ago, our core goal was to increase the amount of access available to mountain bikers. In that time there have been some notable successes, especially around the fringes of Sheffield through work done by Ride Sheffield and more recently we have had some success on the Roaches and worked with the National Trust at Lyme to improve access. However, the Peak District National Park covers some 1,437 km², the park’s northern limits are on the A62 between Huddersfield and Oldham, and its southernmost point is on the A52 road near Ashbourne. In the east, it borders the western fringes of Chesterfield and Sheffield and reaches as far west as the outskirts of Macclesfield. There is plenty of scope and room to improve the bridleway network.”

The campaign is being driven by Peak District MTB but it is hoped that others, such as equestrian groups Peak Horsepower and the British Horse Society, will lend support as the expansion of the bridleway network would benefit all users.

You can get more information on how you can help us achieve 22% here: 22% Campaign