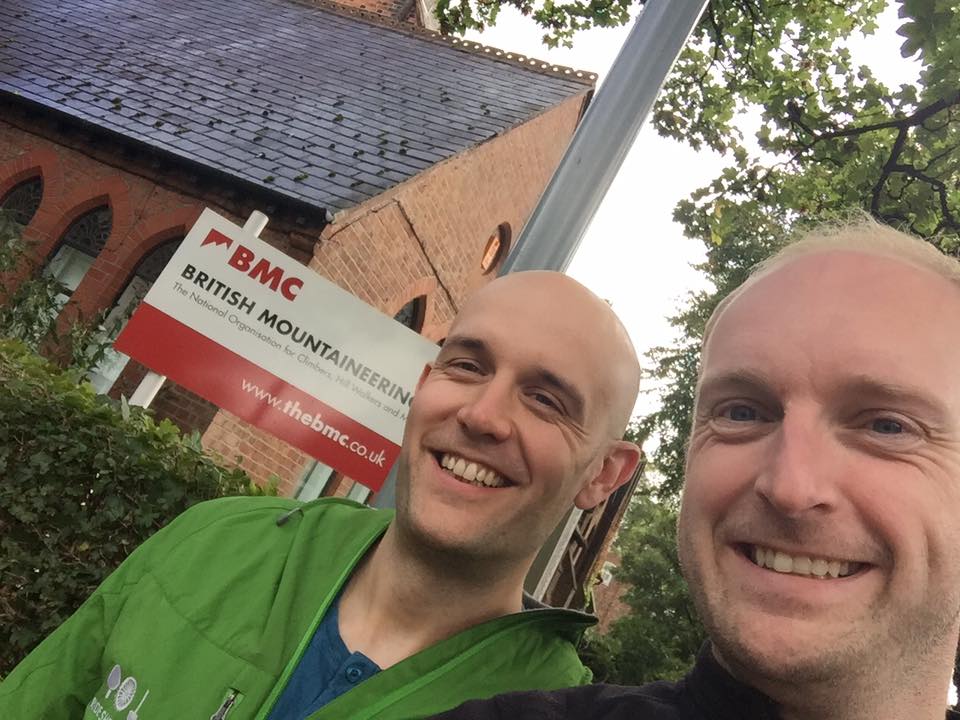 Sometimes you have to get out of your comfort zone in honour of things you believe in, so yesterday we went to Manchester.

The British Mountaineering Council are a long established example of how advocacy can be done. One of the most influential ‘outdoors’ organisations, they can boast some seriously impactful campaigns and a membership in the tens of thousands. Yesterday, Si Bowns, from Ride Sheffield, and Peak District MTB’s Chris Maloney joined representatives of national parks from across the UK to find out more about the BMC’s next big thing and how we can play a part. That most of them were access officers was a happy coincidence for us and gave us a real platform to speak on behalf of the mountain biking community. We can’t say too much right now – the attentive of you might have a few ideas though – needless to say it was a fantastic day talking with some likeminded groups about what they’re up to locally.

It was also good to meet up with our friends from the Peak District National Park Authority and discuss progress on various projects with them. The BMC are in a great position to act as leaders in the outdoors community. By bringing together various groups beyond the climbing community for the discussion, the BMC are showing that they are able to unite and drive forward the kind of projects we’re involved in. Pretty inspirational.

We have been able to once more share our views and show that we as a community are responsible and effective in getting things done. Great to be able to get over there with Ride Sheffield and that Keeper of the Peak bloke (whoever he is!). Slowly, but surely, the MTB voice is getting louder and louder and heard – and trusted – in more groups.

Something that was very clear though was that the brilliant examples of work done by groups like Ride Sheffield and Peak District MTB, as well as the work emerging from Open MTB is casting us in a new light with other groups. It was great to talk through how our groups are working, and many of the people there went back to their ends of the country with ideas about how to engage and work with local MTB communities.

Plus we were described as ‘cool’, which tickled us. We’re dying to tell you more about what it was all about – but for now we’ll just have to hold our tongues. Not for long though. A great day.