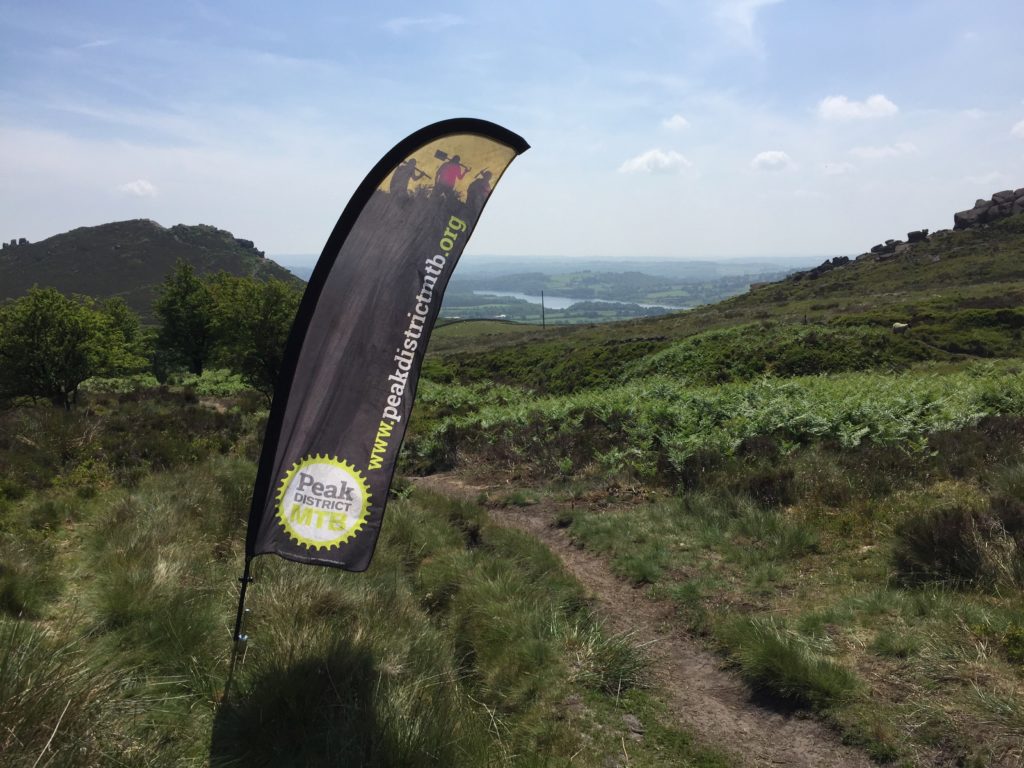 Following the recent fantastic news about a new permissive cycleway at the Roaches, we have some not-so-good news to share about one of the existing permissive rights of way.

Towards the end of last we had the final green light for a new permissive cycleway on the Roaches estate, which is really exciting since it connects existing bridleways to create much better mountain bike loops in the South West Peak District. Read more here

Unfortunately we learnt this week that one of the existing permissive cycleways – near Summerhill – has had its permissive status removed. If you know the area, this is the path that starts at the main Roaches gate and bisects the main Roaches crag and Hen Cloud, crossing an SSSI. The photo at the top of this article is the path in question.

When the permissive right of way was established several years ago – before Peak District MTB’s involvement – the correct process was not followed by those involved. This error has now been spotted, meaning the permissive status has been revoked. This is a disappointing but interesting example of how important it is to tick the right boxes.

We hope this is temporary whilst the correct hoops are jumped through to re-establish the permission, and we will be assisting Staffordshire Wildlife Trust and the Peak District National Park however we can. Until then this path has reverted to footpath status.

On the maps the path is marked as a footpath and nothing on the ground suggests cyclists have a right of way. In fact some locals have put up their own ‘no cycling’ signs. One of our tasks this year was to improve the signage to clarify the right-of-way status. We hope we still get to do that, but it’s going to be later rather than sooner.

To make sure we can get permissive status reinstated ASAP, please avoid riding this footpath and promoting it to others.

Improving mountain biking at the Roaches

The Summerhill path is one of the spots we identified as a focus for improving mountain biking at the Roaches in our April 2017 proposal. It’s where we did our last Roaches trail maintenance day, and where we had plans to tackle the boggy section later this year. It’s a great little trail, and the removal of access means the routes we suggested at the end of last year are temporarily not viable.

We’ll put together some new route suggestions that won’t disappoint.

On a positive note…

We’re still delighted at the success of opening up a brand new permissive trail on the Roaches Estate on the High Forest path. We’ll be up at Roach End on Sunday February 3rd 9am – 1:30pm to tell people all about the new right of way and the trail maintenance ‘dig days’ we’ll be starting again soon.

This new right of way is a fantastic link between the existing bridleway from Goldstich Moss to Roach End and the concessionary bridleway through Gradbach Woods. It’s a lovely bit of singletrack with great views.

More news on the open day soon, but please save the date – Sunday February 3rd.