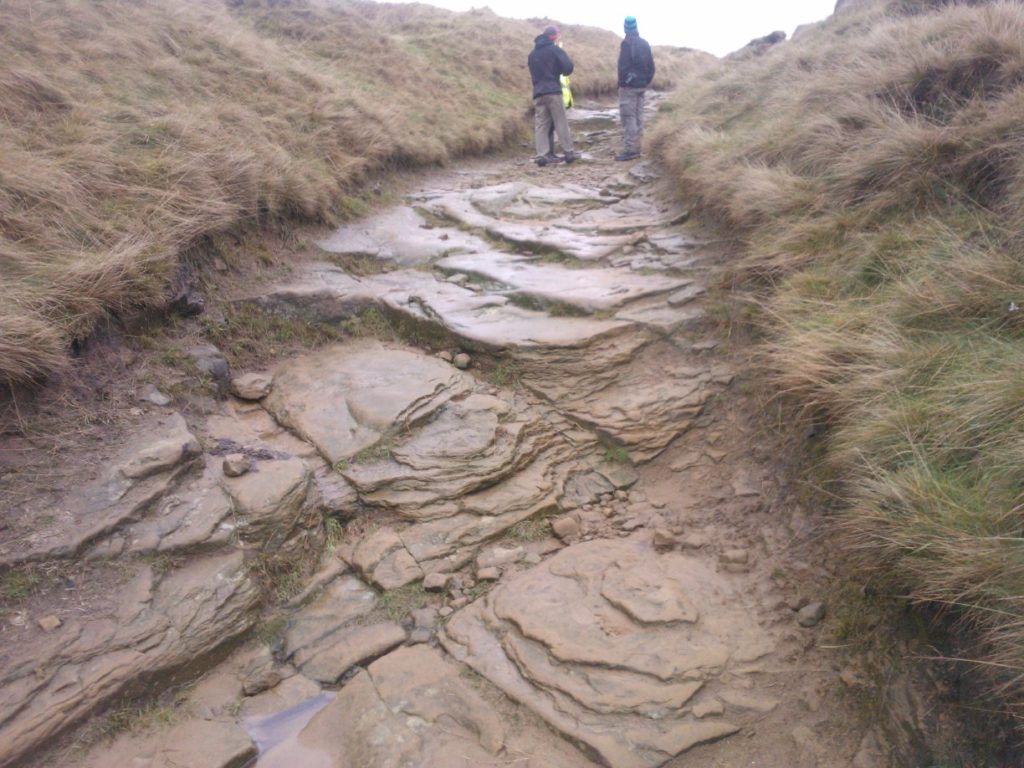 It’s been over four years since Derbyshire County Council starting work on the Chapel Gate byway (aka Rushup Edge). With four years passing we are still no nearer to understanding the reasons why they want to substantially change the nature of the route nor have we seen any feasible proposals for how they might carry out work which is weather resistant, cost-effective and suitable for users.

DCC continue to get permission to keep the route closed and now have permission to close it until December 2019 despite various user groups writing to raise concerns about these prolonged closures. Meanwhile another byway, Bamford Clough, has been closed even longer with no prospect of re-opening.

Here’s a summary of our response to the last consultation:

Peak District MTB joined Friends of the Peak and Peak Horsepower to raise awareness of these indefinite closures and put out a press release. Peak District MTB will be continuing to push this forward at a very high level without the council. Watch this space.

You can read loads more about Rushup Edge on the website

Derbyshire County Council: when will Chapelgate be open again?

Countryside campaigners are disappointed that Derbyshire County Council are still dragging their feet over repairs to the iconic Chapelgate route in Edale.

The route has already been closed for nearly four years to walkers, cyclists and horse riders . Derbyshire has now been granted a further year-long extension to the closure, until December 2019, by the Department for Transport in Newcastle. This is to give DCC even more time to do the necessary repairs.

Derbyshire has carried out several public consultations about what the character of the repairs should be, but user groups have had little feedback and still have not been given any timescale as to when the route will be opened again.

‘We understand the pressures that Highway Authority funds are under following cuts by central Government’ said Friends of the Peak District campaigner Anne Robinson. ‘But repair funds for Chapelgate have already been allocated and the Council has had ample time to decide how to do the repairs and carry them out’.

Said Patricia Stubbs, Chair of Peak District Green Lanes Alliance: ‘The repairs are already funded but DCC is not getting on with it. Instead they are just keeping Chapelgate closed and stopping even walkers from using it’.

Dan Noble, Chair Peak District MTB advocating for mountain bikers said: ‘We are disappointed that over four years on, DCC have failed to provide justification or feasible plans for their proposed works on Chapelgate. This is a very popular route for mountain bikers and other user groups. We’re happy to collaborate with DCC, but are frustrated that concerns are not being addressed. Indefinite closures are not the solution.’

Charlotte Gilbert, Chair of the Peak Horsepower bridleway group explains: ‘Chapelgate is the way riders from the Hope Valley and Edale get to the Pennine Bridleway. It is also part of an important long-distance riding route through the Dark Peak. It has been closed to riders for years because of Derbyshire’s endless delays.’