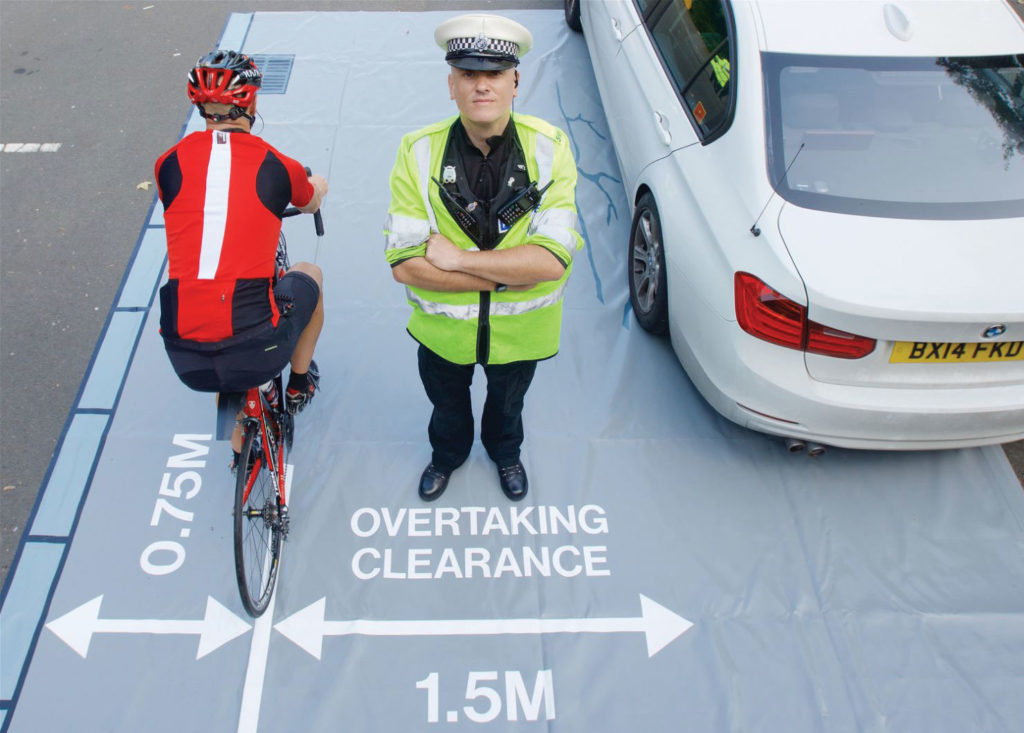 First introduced by West Midlands Police in September 2016 similar initiatives have now been rolled out by many police forces across the country and only last week West Yorkshire Police became the latest to do so.

The initiative targets drivers who fail to allow a safe 1.5 metre clearance when overtaking bikes. Those who don’t are given advice about safe driving but repeat offenders or those deemed to have put fellow road users in unacceptable danger risk ending up in court.

Officers from SYP attended a workshop run by WMP in January 2017 but have still not confirmed whether or not they will adopt such a scheme.

Groups which represent thousands of people who cycle in South Yorkshire as well as road safety campaigns have now contacted Alan Billings, the South Yorkshire Police and Crime Commissioner, calling for the adoption of a ‘close pass’ initiative.

Dexter Johnstone from CycleSheffield said “South Yorkshire has a worse per capita KSI rate for cyclists than the West Midlands and the adoption of such a scheme would help improve both the safety and perception of safety of cycling in our region.”

“We appreciate that police resources are under intense pressure due to central government’s ongoing austerity programme, however, WMP have stated that their close pass initiative is ‘cost neutral’. Cycling UK are crowdfunding the mats used to educate drivers over safe passing distances which they are making available to every police force.”

“We believe that people who drive poorly/dangerously around cyclists are likely to do the same around other road users and therefore this initiative will benefit all road users, not just cyclists.
WMP have stated that “Our time and effort … is better spent enforcing the law and prosecuting, thus creating a scenario whereby should someone not give a cyclist the time and space necessary or fail to see them completely they should expect to be prosecuted”. This is the approach we would welcome and support from SYP.”

The list of organisations that have supported calls for a ‘close pass’ initiative in South Yorkshire so far include: