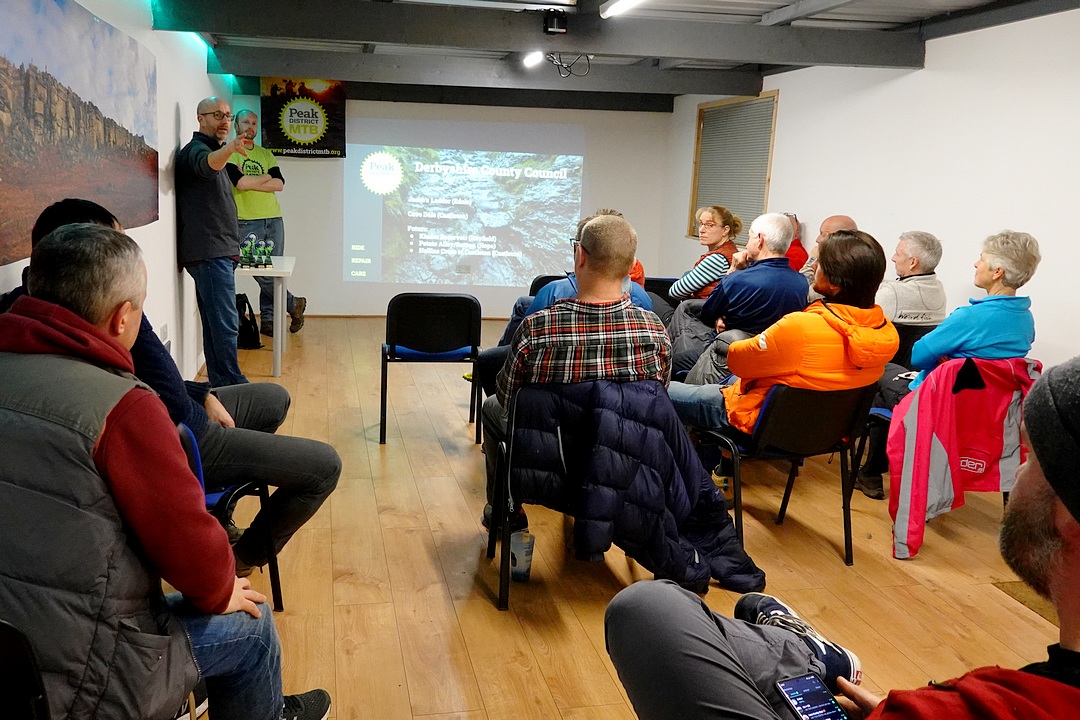 We’re always a little bit nervous ahead of the AGM. It’s always a bit of worry; “Will anyone turn up?”, “Are we doing enough for our members?”, “Have we made enough progress this year?”.

Well it turns out none of that worry was necessary as our 2022 event was possibly the most successful we’ve ever held with informed (at times challenging) debate, a few laughs, a few beers and a changing of the guard.

Held at the Adventure Hub in Bamford for the first time, the AGM kicked off with the usual admin – treasurer’s report, selection of officers – before we started the main meat of the session. It’s been a quiet-ish year for Peak District MTB – our partners in various landowners and elsewhere are still emerging from the effects of the pandemic – but we’ve still been busy.
To that admin: after five years in the Chair, Dan Noble has handed the baton to Chris Maloney. Looking back over his time as chair Dan said, “It’s been fantastic seeing how Peak District MTB has grown over the years. Chris has been an energetic and motivational driving force for us, and I have total confidence in him inspiring the team, our members and mountain bikers across the Peak District” 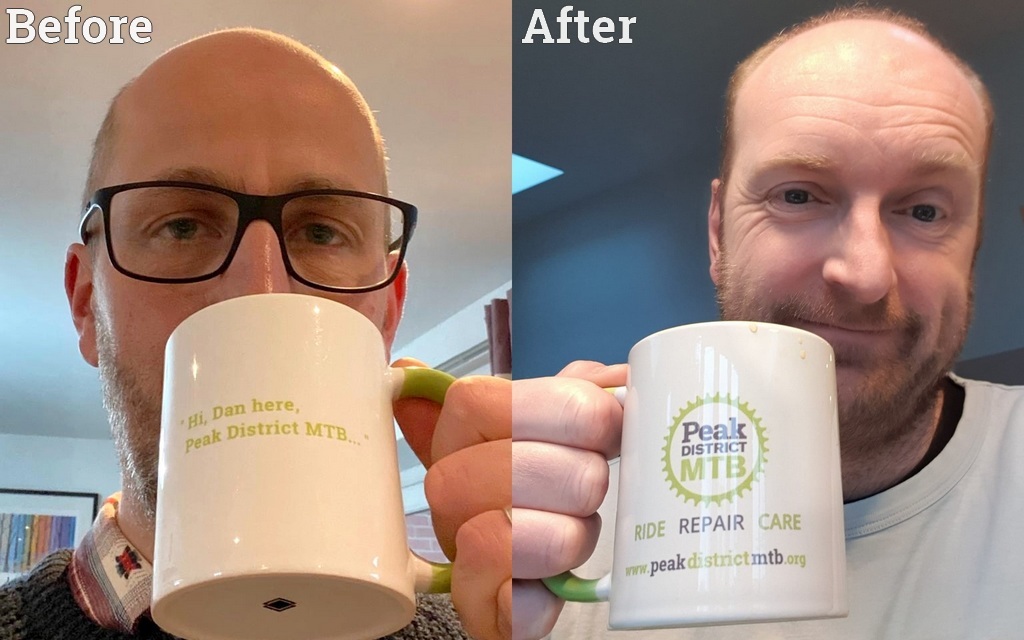 Picking up the mantle, Chris said; “Dan’s set a great standard for us as a committee and has led on developing some strong relationships with important people around the Peak. I’m proud to have been chosen to pick up the role, but as someone who was once described as ‘shambolically organised’, it’s going to be a bit of change for the committee!

“I’ve said it all along though; we can do some really good stuff with the knowledge and enthusiasm we have both in the committee and in our members. We’ll share some ambitious plans but we really want to step up a gear or two now.”

Jim Cherrington has stepped into the Secretary role, taking over from Andy Wood, and James Irwin stays in the role of Treasurer.

Guest speaker Martin Amies from Congleton MTB inspired the meeting with his story of how they revolutionised access on the The Cloud. With real parallels in other areas across the Peak, what can we learn from how they did things? We’ll be thinking about our approach. 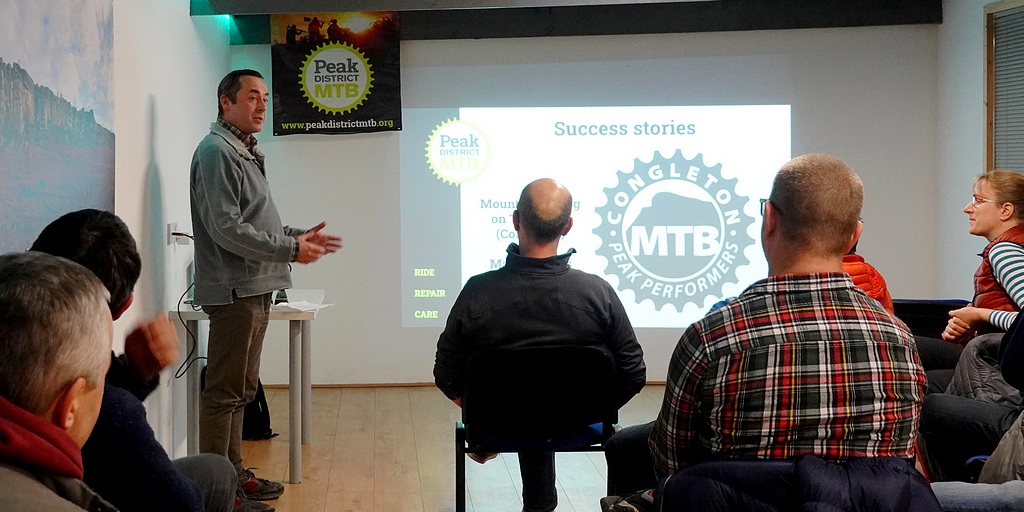 Into two sessions with Chris then; one looking at exactly what PDMTB is; and a second
which we’ll keep a lid on at the moment but share when we’ve bulked up the idea a bit. An exciting opportunity though that could change the face of advocacy. 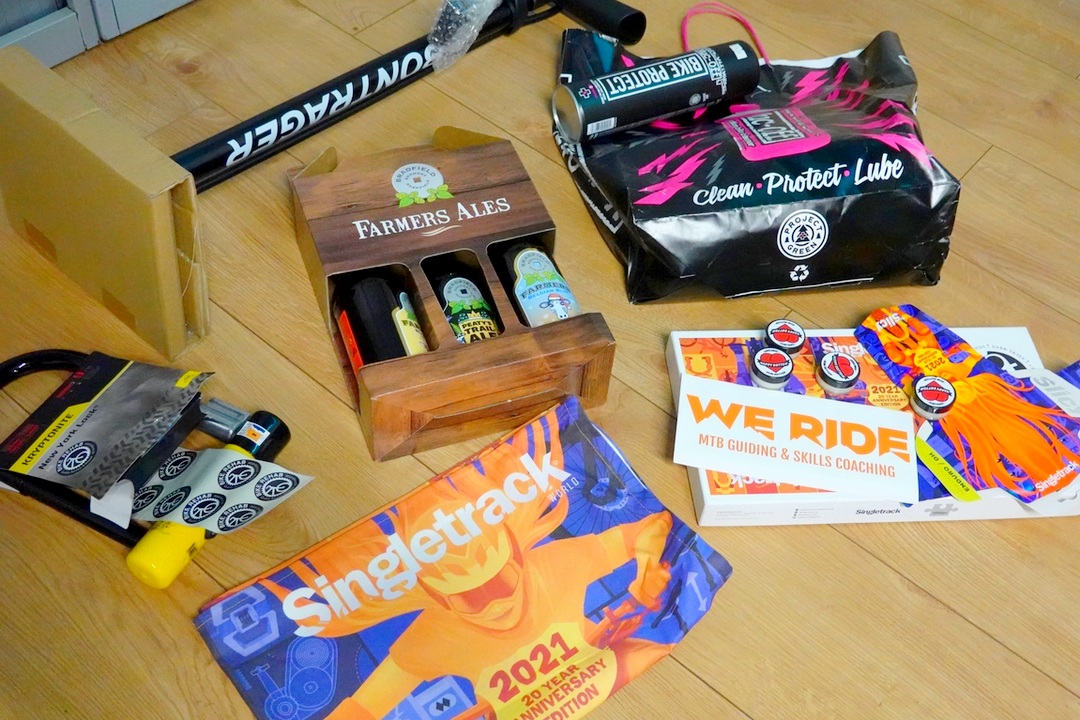 Of course, then it was just one more important bit of business to settle: The Peak District MTB Awards. We’ll let the winners’ entries speak for themselves, but first thank all our sponsors for the awards; True North Adventures, Leek Cycle Solutions, Evans Cycles – Sheffield, We Ride MTB Coaching, Bike Garage, Derbyshire Suspension, Bike Rehab, Bradfield Brewery and SingletrackWorld magazine. Thank you to all of you for supporting mountain bike advocacy in the Peak District and beyond.

So, to those winners (and runners up): 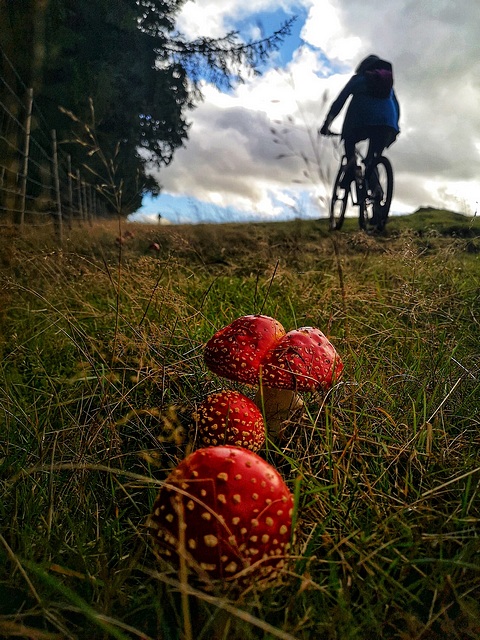 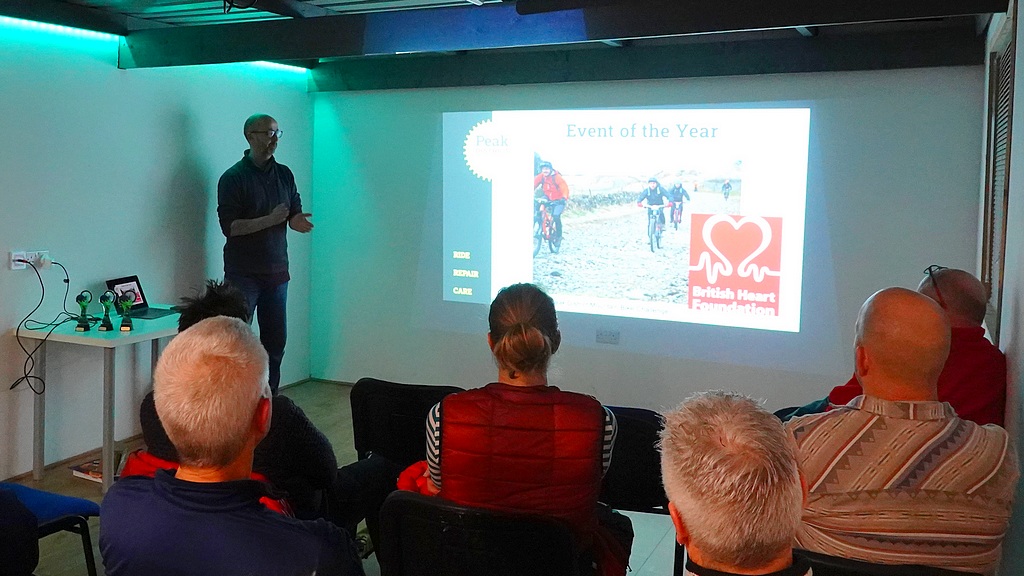 ADVOCATE OF THE YEAR – Martin Amies (& Co.) from Congleton MTB 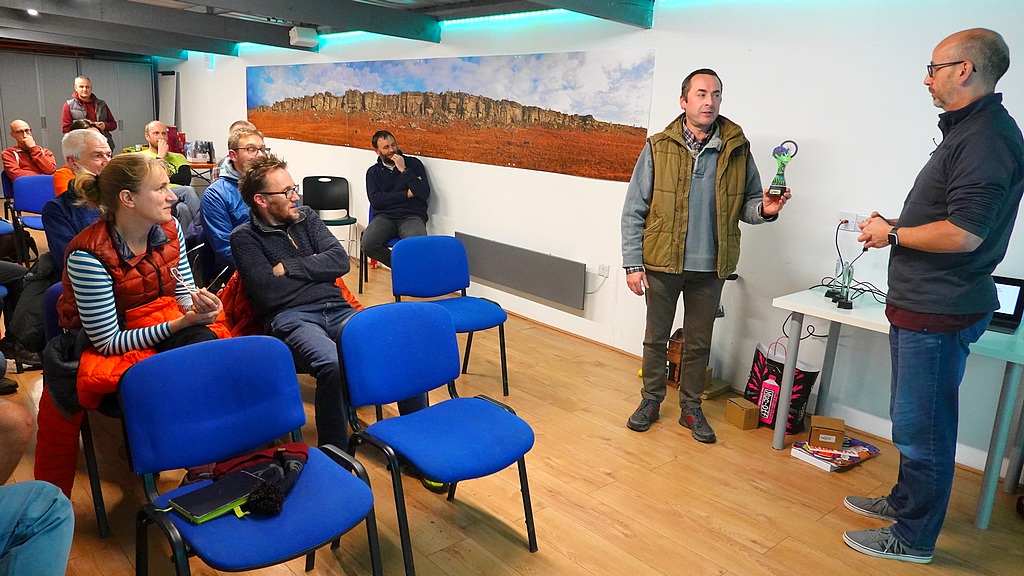 2023 should see us getting back to some level of normality – we’re going to be working hard for you once more – but we’ve got to put some irons back in the fire once more. If you want to get more involved – just get in touch, your help is vital and keeps us sane.

Thanks everyone for being part of what we’re doing. 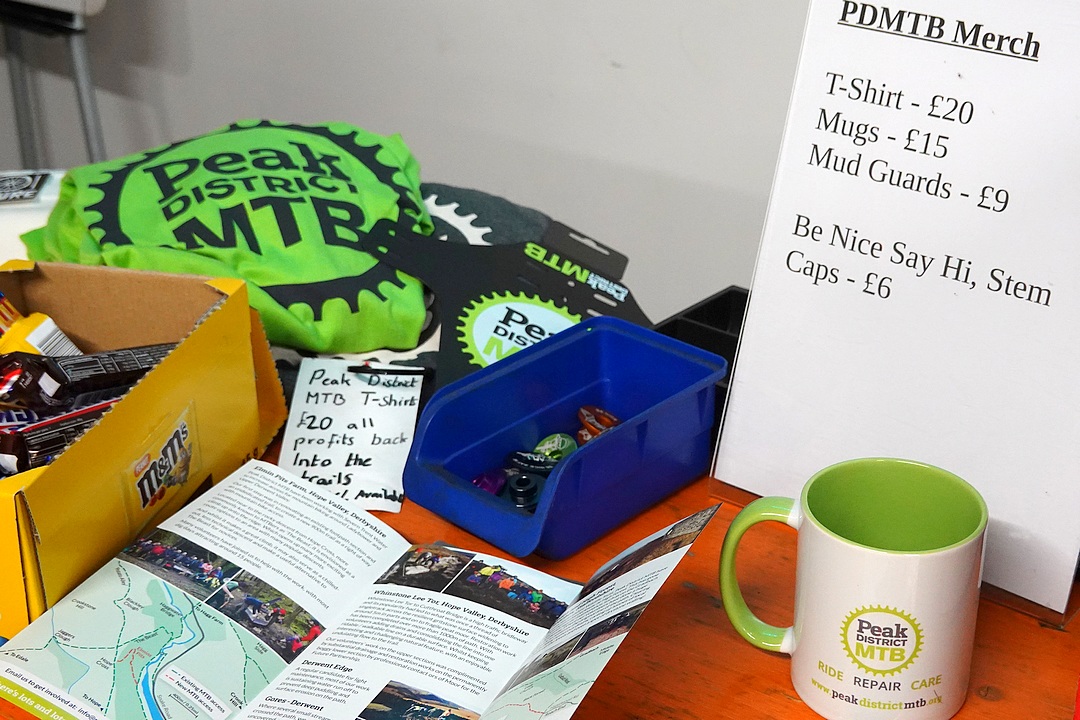