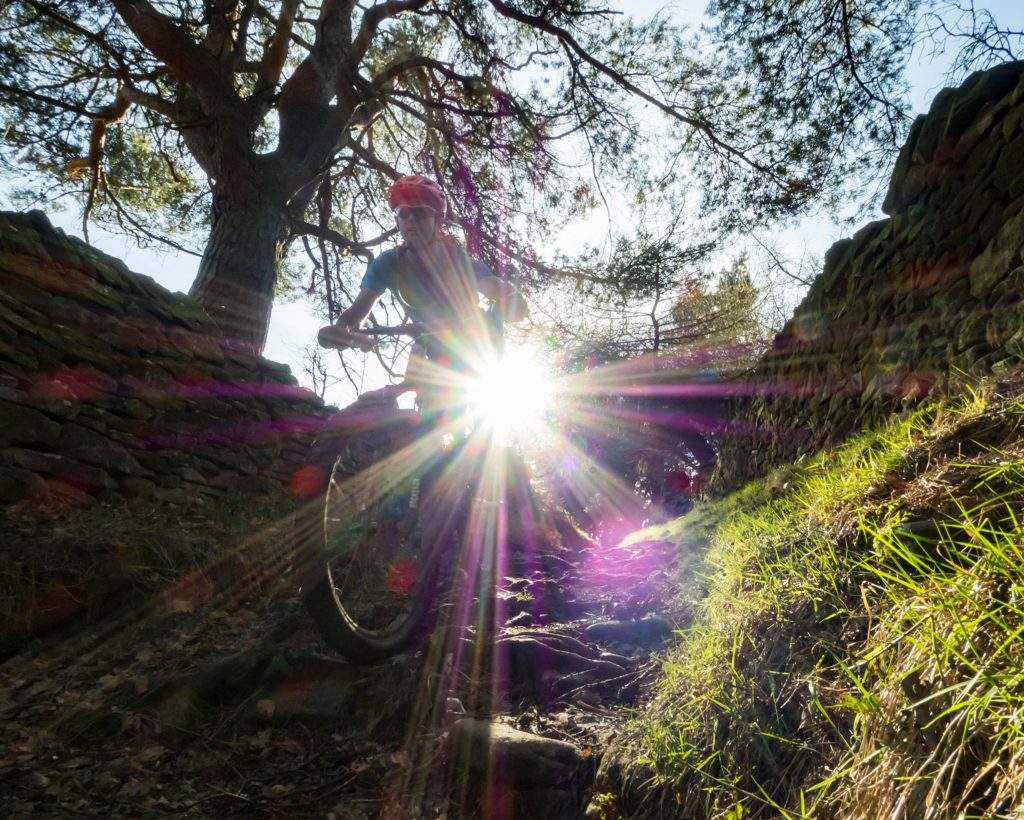 A popular Dark peak descent is under threat of having a gate added after repeated incidents of conflict between users.

Hayfield Bridleway 66, commonly know as the campsite descent into Hayfield, is well used by mountain bikers. It’s also a popular horse riding route and so has regular traffic from both groups. In recent months there have been a few incidents of conflict between mountain bikers and horse-riders, particularly on the wooded lower section, leading to the local horse riding groups discussing the option of asking for a gate to be added to the descent to slow mountain bikers down on the path.

In the past, typically the first we’d have heard of this would have been a planning notice on a tree, but thanks to the relationship we’ve been building with other groups, the horse riders have brought this up with us before the plans have gone that far. This is great, and we thank them very much for that.

So what do we need to do? Well it’s pretty simple really – if we don’t want to see a gate appear on the campsite descent we need to consider that there could be a horse rider or walker coming up or trying to get on to the track from another path, and we just need to scrub some speed. That’s a far better option than having a gate put in there.

#BeNiceSayHi. When we do, we all get along fine.

Let’s have more of this. 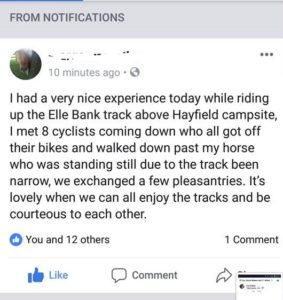