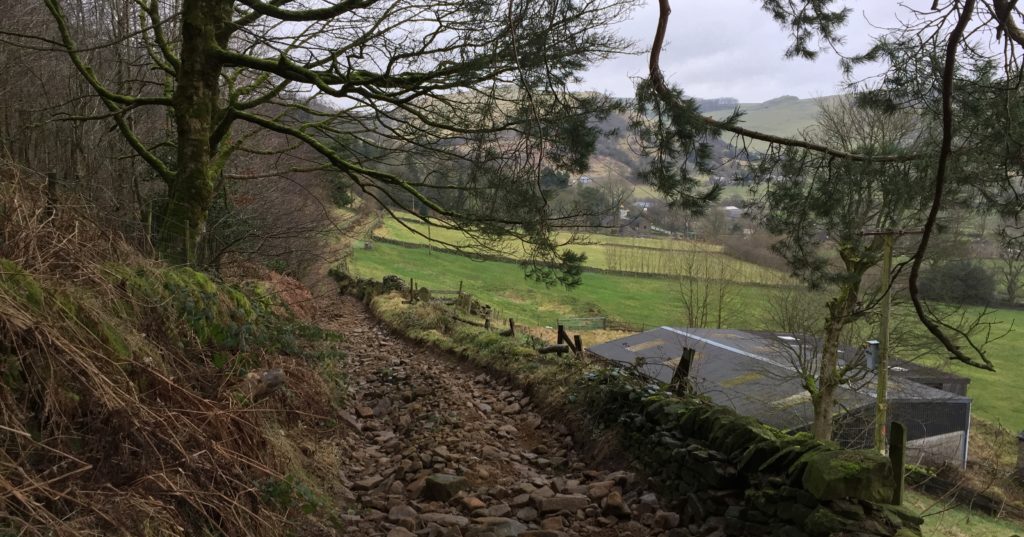 This quiet spot near the Derbyshire-Staffordshire border is regarded by many as providing some of the most technical mountain biking on the Peak District rights of way network. It’s also a popular spot for off-roaders and trail riders.

Limer Rake and Swan Rake – which converge in the centre of Hollinsclough – are the trails affected by the extended closure. Swan Rake heads west from the marked point on this map, whilst Limer Rake heads SSE. The original closure came in February 2017 with Staffordshire County Council stating:

“…general usage and the continued deterioration of the routes (which) led to the County Council, as the Highway Authority, concluding that the risk to users was too great to allow use of the two routes in their current state, requiring the Temporary Traffic Regulation Order (TTRO) to be implemented.

Whilst the TTRO is in effect, along with physical measures recently introduced to reinforce the Order – it was always anticipated that the Order alone would not be sufficient to prevent continued use, hence the need for large stones to be introduced to physically prevent use – the routes are not available for any user group.”

The original closure notice expired on September 2nd, but the Secretary of State has approved the extension of the emergency TTRO until 2nd March 2020.

With the highways department running on tight budgets, tackling this problem will not be high up the priority list for Staffordshire County Council.