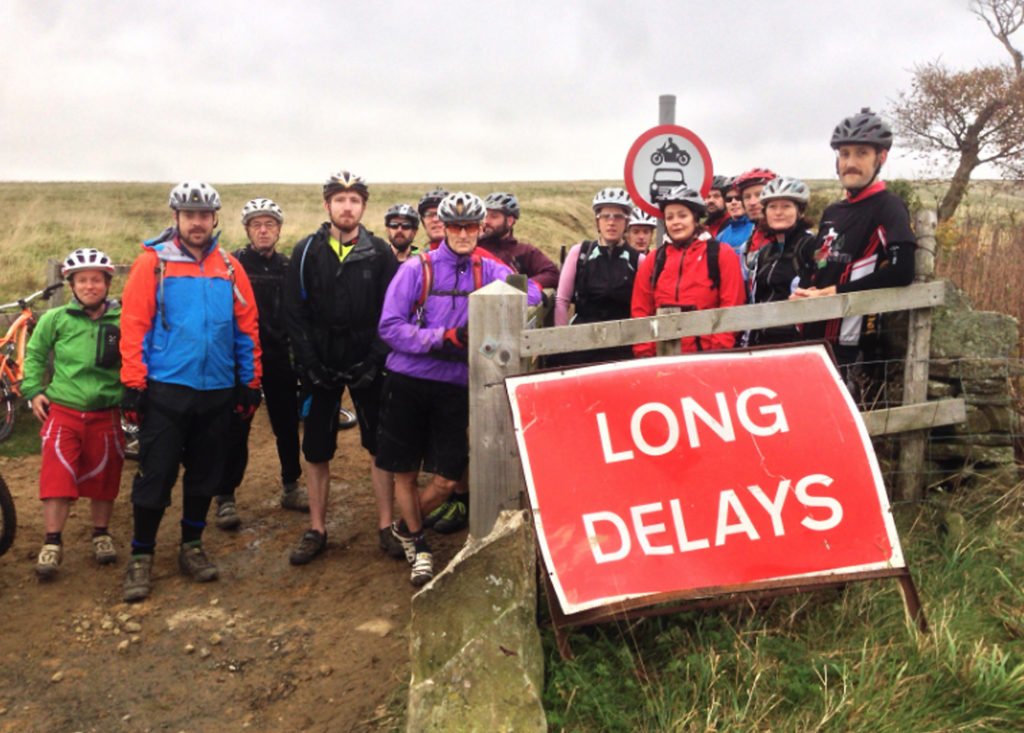 Derbyshire County Council have finally published their revised plans for Chapel-en-Le-Frith byway open to all traffic; aka Rushup Edge. Their plans – which are publicly available on the DCC website – are open for consultation until November 28th. You can view these plans (and other consultations) here.

From our point of view they look like an improvement over what was originally planned. Our push for them to consider the views of the main users (us) seems to have worked. Our encouragement to use Roych Clough as a template has also seemingly been listened to. DCC have also opened it up to a second consultation, which was never on the cards two years ago when this kicked off.

But on the flip side; there isn’t much detail. They mention Stanage Causeway surfacing and drainage at the same time as Roych Clough style stone pitching – but not to what extent or where.
From the plans published it could be a metre of stone pitching, 699m of aggregate. Of course, it could be the other way. Without the detail – which interestingly is included in the Hurst Clough plans posted at the same time – it’s difficult to properly decide whether we support the revised plan.

We are cautiously optimistic though. The plans have been changed. Roych is being used as a best practice example. DCC have delivered a second consultation period. We, you, have an opportunity to make your voice heard. It’s too early to call this a victory – only when the dust has literally settled on the work itself will we know if we’ve really succeeded, but it’s a step forward.

It’s interesting to note that we didn’t hear about the published plans from DCC. There’s still some work to do on mountain bikers being a proactively engaged group, but we’ve clearly demonstrated that collectively we can make a difference where previously we couldn’t.

Thanks to Keeper of the Peak, Ride Sheffield, the BMC, PDNPA, and the Friends of the Peak District and of course all of you for getting us this far. We’ll be going back with a response from PDMTB, but your input is also vital.
Please comment on the consultation; this link will take you straight to it. And please let us here at PDMTB know your thoughts too. We’ve succeeded in getting this far. Let’s not let it drop.