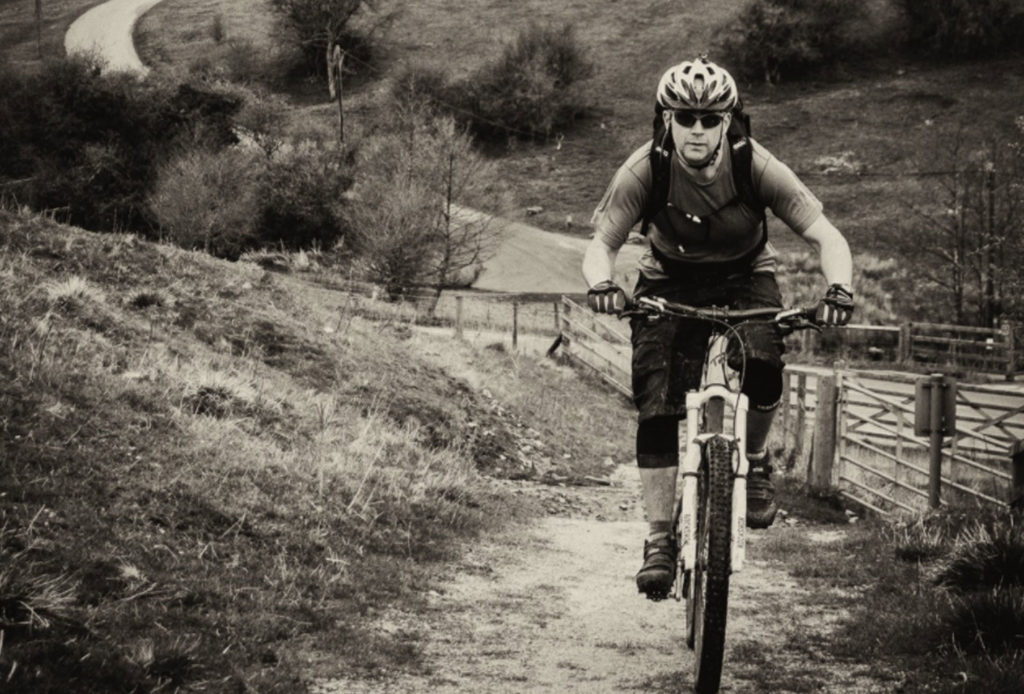 We thought it’d be a good idea for you to know more about the committee members at Peak District MTB. In no particular order we’ll start with Dan Noble…

Dan is the outcast of the Peak District MTB committee, residing as he does in the Staffordshire Moorlands. Once resident in Buxton, Dan moved to Leek for the cheaper house prices and soon realised he’d given up some cracking doorstep mountain biking to do so.

WHY DID YOU GET INVOLVED WITH PDMTB?

“One of my favourite quick loops takes in the steep climb from Black Harry Gate near Great Longstone. I remember being bitterly disappointed by the poor “trail maintenance” that appeared to involve little more than chucking a load of aggregate on the floor; after a bit of heavy rain deep ruts soon re-appeared. This “maintenance” seemed to be getting more and more common and I wondered what the mountain bike community could do about it. That’s when I heard of Peak District MTB and decided to learn more and offer my help.”

“Hmm, that’s a tricky one. I could pick one of many in the Sierra Nevada and Sierra de Huetor in Spain, which are both awesome, but if I limit it to the Peak District I’d say Macclesfield Forest and the surrounding area. You can do anything from a bit of playing in the woods to big all-day epics with fast and rocky downhills on pretty weather-proof terrain.”

“My first 2-wheeler was a Bluebird but my first MTB was a Specialized Hard Rock from about 1989. I still have it and it lives at my mother-in-laws in Spain where it still gets ridden. I can confirm that the canti-brakes are still as appallingly bad at stopping me as they were over 25 years ago.”

“Transition Bandit 26er which is a fab all-rounder, and a Kona Unit 29er which isn’t.”

“Realising – and proving – that a 20 foot table top is achievable for a 40-something Dad with precious little time to ride.”

“Realising – and proving – that losing fitness is all too easy for a 40-something Dad with precious little time to ride. I remember a local showing me around the Cannock Chase off-piste and absolutely beasting me into submission. I have never felt so slow and unfit before or after. It was embarrassing.”

“I love riding my road bike, sometimes more than my mountain bike! I challenge anyone who doesn’t get road biking to come on a ride with me in the stunning Staffordshire Moorlands. If you still don’t get it after that, you probably never will.”