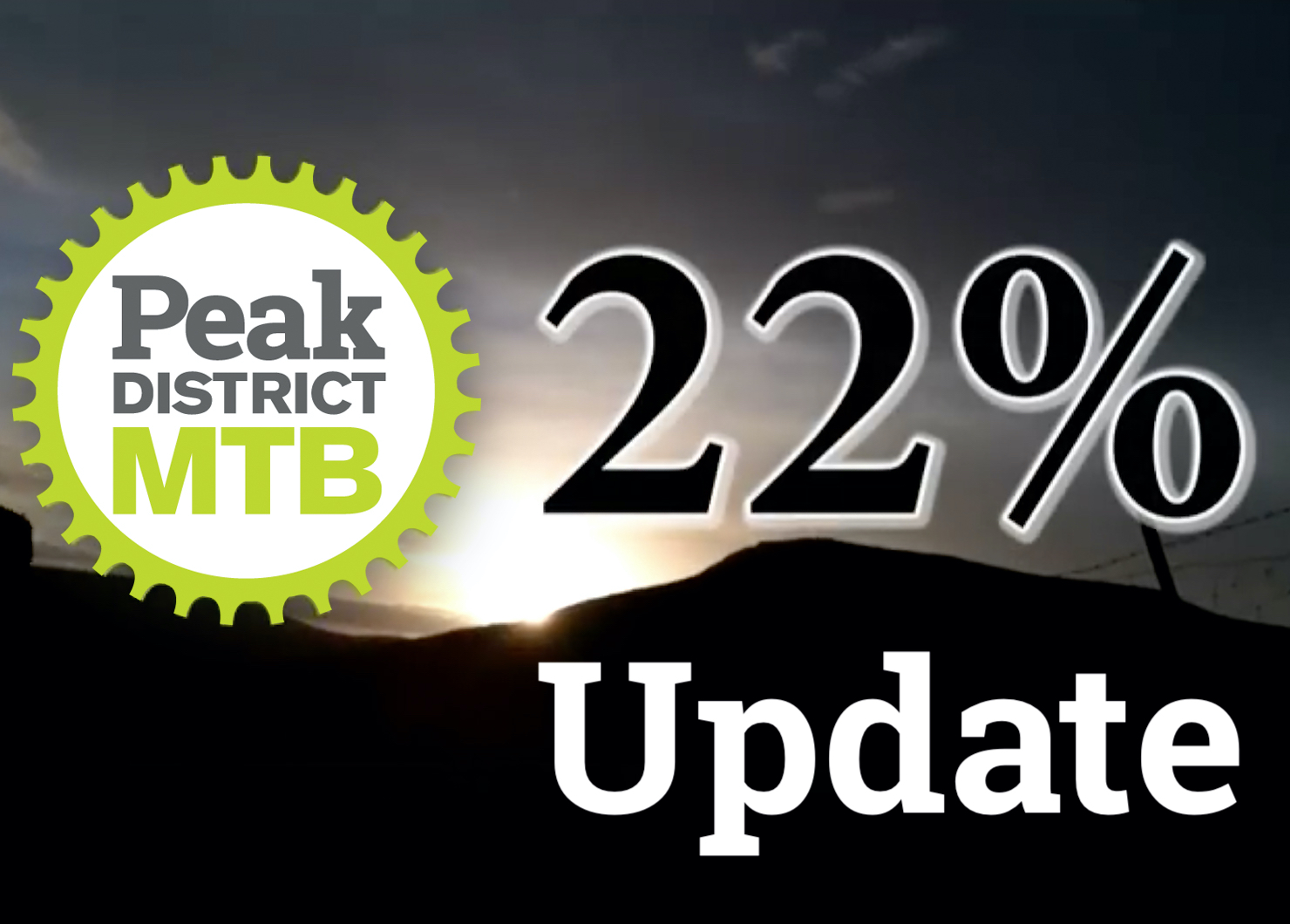 We want more access for you. That’s what Peak District MTB is all about, and despite coronavirus we’ve been beavering away behind the scenes working towards getting that.

What you’ll have seen is us talking about the 22% campaign. As the Peak District only has 11% of the rights of way network accessible by bike, we want to double that – even if that only gets us to the national average. But it’s a start.
To do that. We’re calling on you to share the paths you think we should chase first – those no brainer tracks and paths that are footpaths for no other reason that nonsense access laws.

“We all know that there is little logic behind many of the limitations on many of the paths in the peak,” says committee member Andy Wood. “With 22 we want to push to improve access and where we can, make those links between bridleways where it’s a nonsense that they aren’t rideable already.”

So what are we doing? Well so far we’ve gathered about 75 paths that you’ve said should be changed over. Many of you have nominated the same paths – and that is helpful as it gives us a indicator of popularity. With the top 10, we’re in the process of contacting landowners to begin the conversation about improved access.

And to do that, we’re making the argument for landowners to enable, encourage and embrace mountain bikes.

Encourage mountain biking on the land they own or manage with improved facilities and access; enable permissive access by upgrading paths; or completely embrace the biking community and work with us to change the whole scope for what riders can do for them.

Andy says “When we get into the room with them we can make the argument really well – the evidence backs up what we’re saying and when we can have a chat we find that people realise we’re a responsible and useful group to work with.
“Getting into that room in the first place is the hardest part though.”

We’ve pulled some details together with Keeper of the Peak to help us get into the room – and if you know any landowners or others who may be persuaded to grant MTB access, we’d love you to share it.