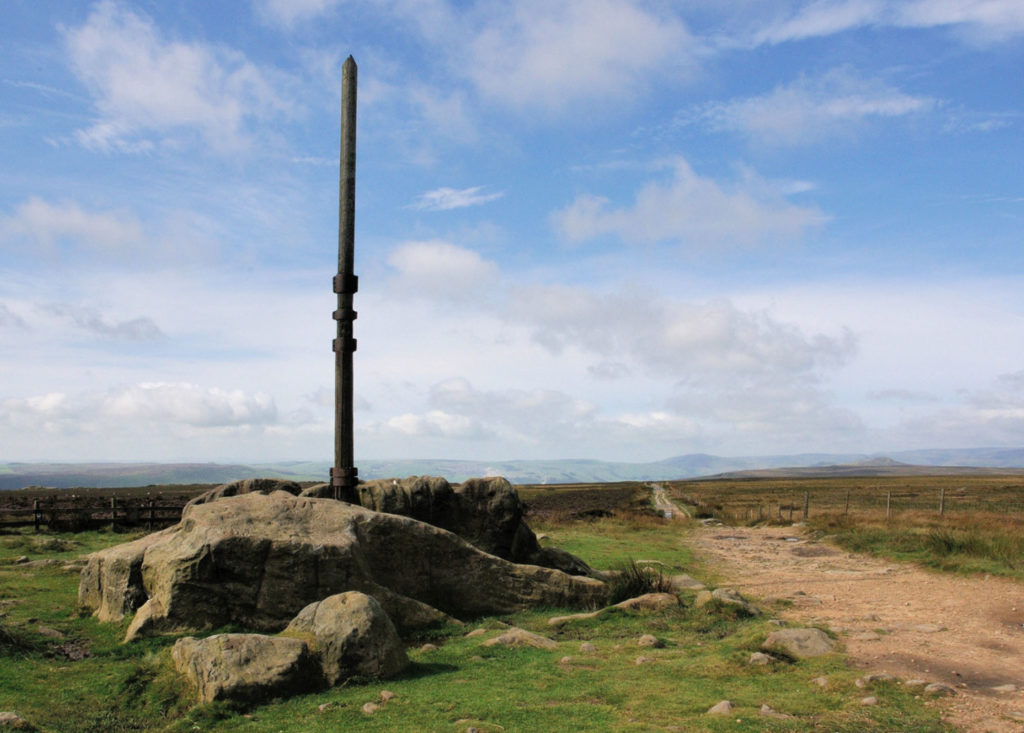 A quick recap of the situation at Stanage and the Long Causeway: the starting position before anyone engaged with Derbyshire County Council (DCC) was that DCC saw the need to resurface the causeway along and up towards Stanage pole. This may have been the result of a Section 56 notice, but we have no confirmation.

Peak District National Park Authority (PDNPA) is keen for works on the Long Causeway to be completed before end of August deadline so that a new (assuming long term) Traffic Regulation Order (TRO) can be placed on the route once the current temporary TRO runs out. When surveying the route there were some issues identified surrounding the revetment wall (the historic stone block wall that holds up part of the trail) regarding its structural integrity. The cost was deemed too high to replace it completely, and the current legislation for the construction of this type of structure would have forced a complete change in design that would not be in keeping with the Peak District and change the entire look of the area. Also, PDNPA was keen for the Long Causeway to remain as it is.

The original plan from DCC was to resurface the entire route with top trek (the same as used on the Monsal Trail) for the full width of the trail, and to totally remove all roughness by altering the levers, removing loose rocks, and flattening bedrock by hydrophilic ramming from below the causeway and along through to Stanage Pole. We made our objections known on many fronts and so did PDNPA, Ride Sheffield and others including the landowner – in this instance the PDNPA – all of which has succeeded in convincing DCC to change its plans.

Work started on the Long Causeway at the beginning of July and it should be complete by the end of August. It will involve surfacing the route from where the existing work finishes to just beyond the top of the causeway, with minimal patching of upper sections towards Stanage Pole, leaving the paved sections exposed. The overall width of the new work has been reduced down from the planned full width to 3.5/4 meters, leaving edges the same and working on a section through the middle. The TRO has helped with this as there is no need for the work to be full width as it will not have to accommodate 4WD traffic. Some of the loose surface rocks and boulders will be crushed to fill in some of the holes, but there is an intention to leaving sections of larger bedrocks were possible, which will allow some of the rocks and boulders to break the surface and provide roughness.

The work will also involve the unblocking of existing drains wherever possible using existing drains and culverts. It is likely that there will be only 3 of the rock lined drains required and we will aim to discuss how they can be made in such a way as not to be as problematic as they are on other routes. The surface material to be used will be gritstone to match previous materials used on the route.

As has been said elsewhere, this is not an MTB only route and other users must be taken into consideration. We do, however, feel that through extensive dialogue there has been a reasonable change from the original position of DCC. It is a very positive sign that our opinion is being recognised and hopefully we can do more in the future.