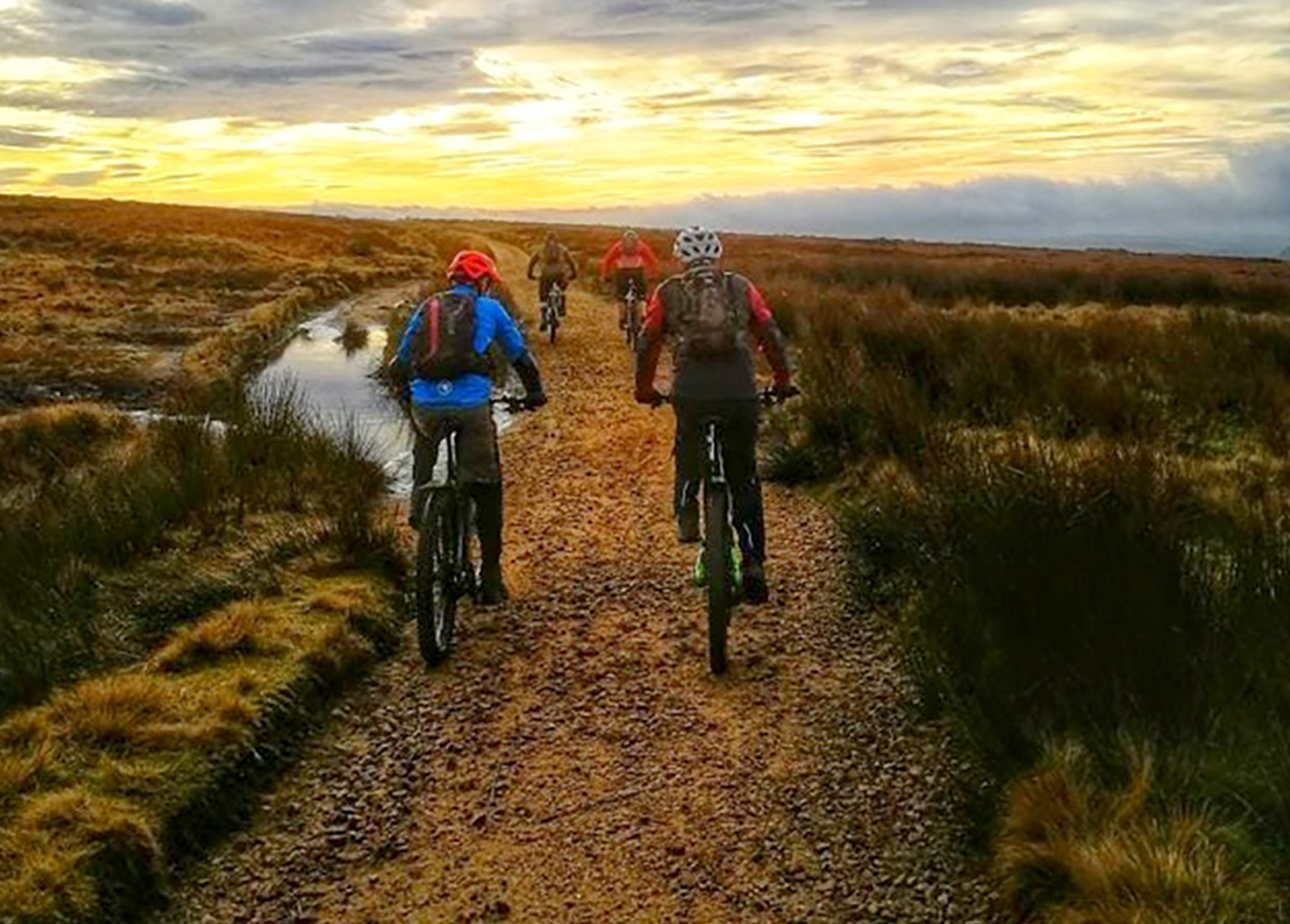 We may have won the battle, but have we won the war?

After five years Rushup Edge (often called Chapel Gate) has finally reopened. You can now officially ride a great winter loop without any busy roads or threats of route closure. Our friends at Vertebrate Graphics have produced a great guide, but now you can official ride up Chapel Gate and down Rushup Edge.

Along with other users, PDMTB asked Derbyshire County Council (DCC) to ensure any repairs in the area were sensitive and sustainable. It’s great to think that DCC may have listened to us as we are pleased to find that no additional work has been done to the popular descent since May 2019. DCC tell us that no further work is planned in the short term and they’ve officially reopened the route. DCC do plan to clean the cross-drains on the Chapel Gate section down to Barber Booth (Edale side) and, subject to what DCC describe as a “funding plan”, to address the drainage of the route at the Barber Booth end of the track (this is something PDMTB have been pressing them to do since the very beginning).

Recently some work has also been done to the top flat section to address the huge bog which was making it difficult for people to pass. This is big improvement. 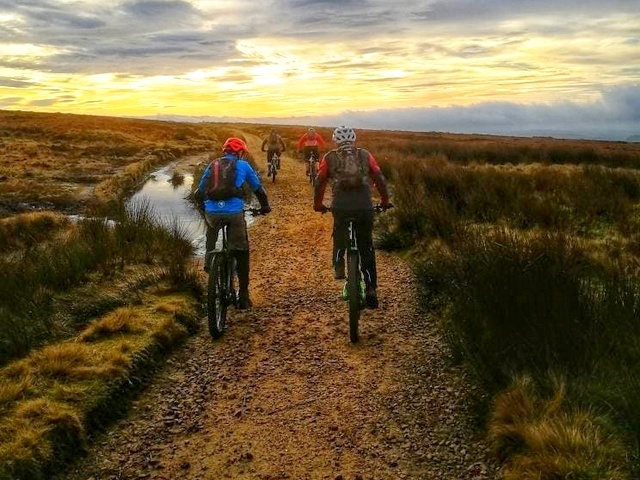 Have we won the battle?
Our experience with DCC means we don’t trust them to be honest with us so only time will tell whether they return to do further work. But those of you who have followed this sorry tale may be relieved to find we seem to have stopped them dumping tonnes of environmentally damaging road scrapings or wasteful crushed gritstone. And they don’t plan to add any further, unsightly concrete paving either at this stage. Great news!

Recently DCC have removed some of the material placed on the descent and filled in the top boggy section. They haven’t removed the rocks they cemented into the bedrock which look like “crazy paving” but we suspect the weather will wear it away pretty quickly. We’ll have to wait a couple of winters to see how their work fares. 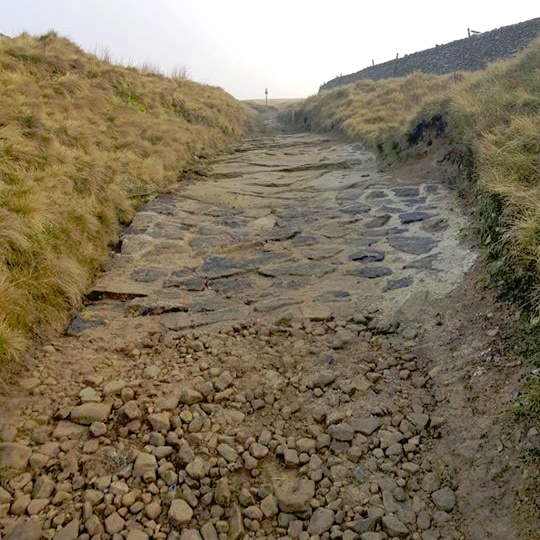 But have we won the war?
Well, in our opinion, yes, and no. We’ve had five years where many people we unable to use this route due to a pointless closure and were forced to use a dangerous road. The council attempted to vilify mountain bikers, blaming them for delays and the need for additional consultations. It’s likely this has cost the council money it can ill afford. We never did establish why they wanted to ruin this much loved route. We used a freedom of information request to establish that DCC’s initial excuse (it claimed to be threatened with being sued because the route was unsafe) was untrue. No legal complaint was submitted until six months AFTER the work had started. It used accessibility as a reason despite it never once consulting the local accessibility groups we recommended.

The list of excuses went on until we concluded that either DCC were either deliberately trying to mislead, or were just inept at any sensible thought process.

The good news is we believe DCC will think twice before doing this sort of work again, especially without consulting users. We hope that they have listened and learned from the comments made by hundreds of mountain bikers, walkers and horse riders. We hope that our contributions mean the route will remain enjoyable for many for years to come. Having established ourselves as one of the most influential MTB advocacy group in the UK, we would expect to be involved in any future consultation so we can put forward the views of mountain bikers to DCC if work is planned. Perhaps this is the start of a great and special relationship?

But perhaps more importantly, as a direct result of this threat to the trails we love, the numbers of people wanting to be involved in mountain biking advocacy in the Peak District have swelled. From a few hundred we now have over five and a half thousand Facebook members. We’ve reached millions this year on BBC Breakfast, online and even the Jeremy Vine Show! We’ve helped raise over £75,000 to repair Cut Gate. Local authorities recognise the power and value of working with the mountain bike community and we sit at the table with local authorities to voice your views. We’ve helped open up new trails and make some of our favourites even better.

This could never have happened without our members who go out every day and show the world that mountain bikers are great people who love the outdoors and want to help promote, preserve and protect mountain biking. Thanks to everyone who has been involved and keep supporting us. Rushup has been a long fight and it’s likely not to be over just yet. You can help: keep going out and representing us, Be Nice, Say Hi. You can also join as a member and get involved in our projects.

You can get all the previous information about Rushup on our website: https://peakdistrictmtb.org/?s=rushup