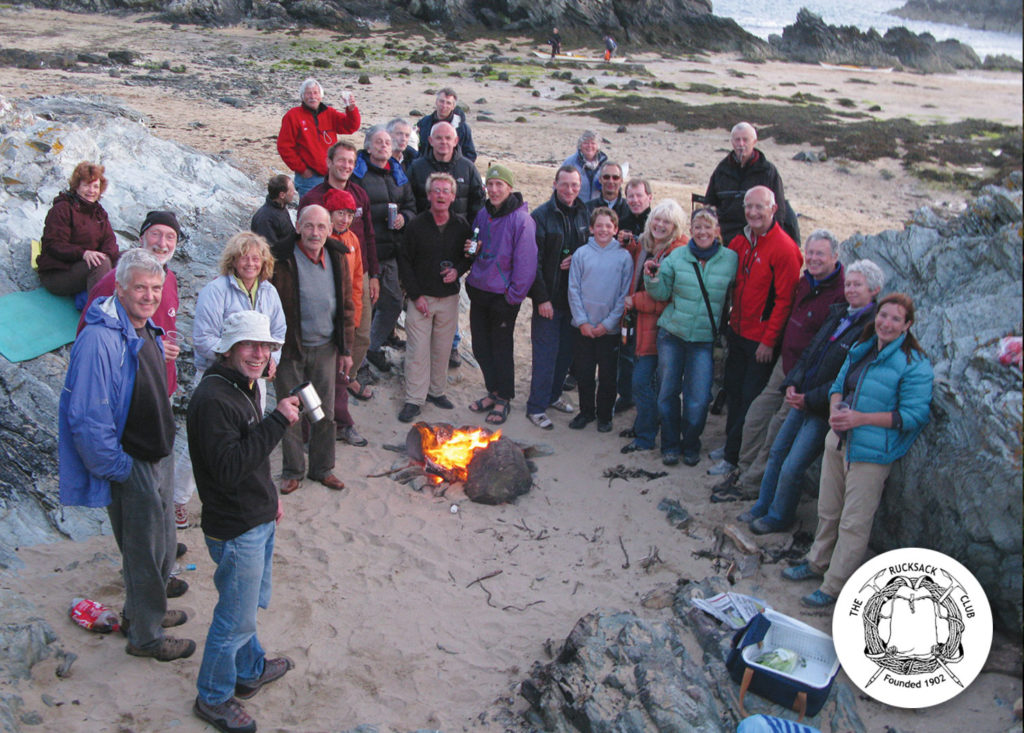 The Rucksack Club are a long-standing group of outdoor enthusiasts who today confirmed their support for our Rushup Edge campaign. Founded in 1902 in Manchester they are a club based mainly in the north west of England but have members spread across the globe. They have a rich heritage and a very active programme of outdoor meets including general mountaineering, climbing, fell running, Alpine meets, winter climbing, mountain biking, caving and skiing.

We approached the Rucksack Club to see if they could join organisations like the BMC and Friends of the Peak District in supporting our Rushup Edge campaign. After a visit to see the state of Rushup Edge following Derbyshire County Council’s work they have done just that.

It’s great to have the support of such a venerable organisation since it shows that DCC’s trail maintenance program is not just a concern for mountain bikers.