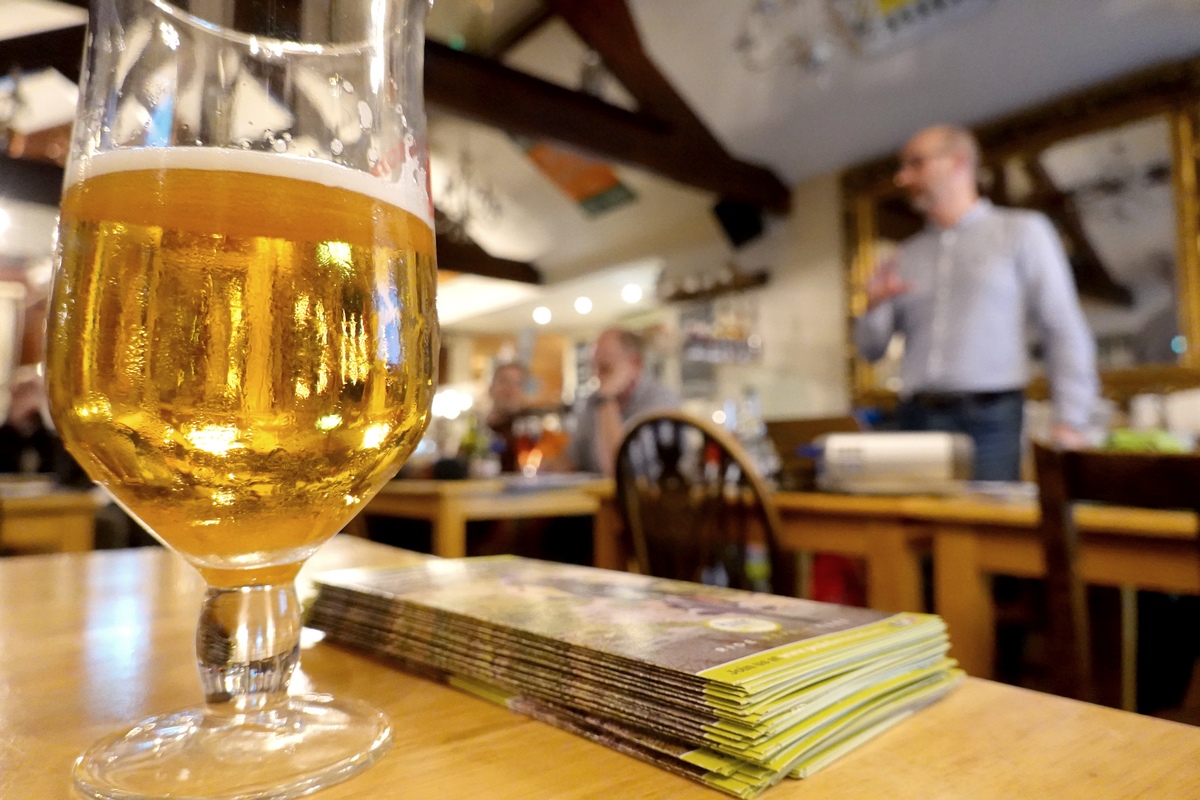 Returning to the public house, after 2020 online, Peak District MTB’s 2021 Annual General Meeting was a lower key affair than previous years. Yet no less valuable for the open and candid discussions around MTB access and our recent progress.

Dan Noble was voted in as Chair for the fourth time, albeit with the hope of being relieved of his long tenure in the not too distance future. With Andy Wood remaining as Secretary and James Irwin as Treasurer. Ben Newton and Greville Kelly have recently been co-opted to join the Committee.

After the Constitutional requirements were completed, we covered several other major topics, interweaved with smaller ones as the discussions developed. We rounded off with the annual Peak District MTB Advocacy Awards – critically acclaimed and recognised by many as “some form of award”. With prizes including MTB coaching/guiding voucher from WeRide, bike rental from Bike Garage, Cranked magazine subscription, Singletrack Magazine goody bag, Keeper of the Peak t-shirt and Peak District MTB mudguard and t-shirt. : Dan elaborated on our choice of Advocate of the Year as : “Local knowledge and enthusiasm makes regional advocacy work. Open MTB’s aim was to connect regional advocacy groups together to help and advise each other, and to provide a bigger advocacy voice at a national level with the objective of opening up more access for mountain biking. Open MTB were a driving force of the Trails for Wales campaign, where the Welsh Government received more feedback to their consultation about improved access than any other consultation they’d run, all thanks to mountain bikers and the tireless campaigning of Open MTB.
Andrew Nelson was a founder of Open MTB, and a big supporter of the work we do at Peak District MTB. Speaking at our 2019 AGM Andrew said “Peak District MTB are doing locally what they can, stuff that just looks like day job mountain bike advocacy. To them. But when you look across the patch, because there isn’t a British Mountaineering Council, a Ramblers Association for mountain biking; they’re actually right at the forefront.”
Sadly Open MTB has recently had to close its doors, but their efforts are very much appreciated. For his enthusiasm and willingness to give up huge amounts of time to improve mountain biking access at a national level, and as a big supporter of what we do at Peak District MTB, we wanted to recognise Andrew Nelson with our Advocate of the Year 2021 award.”