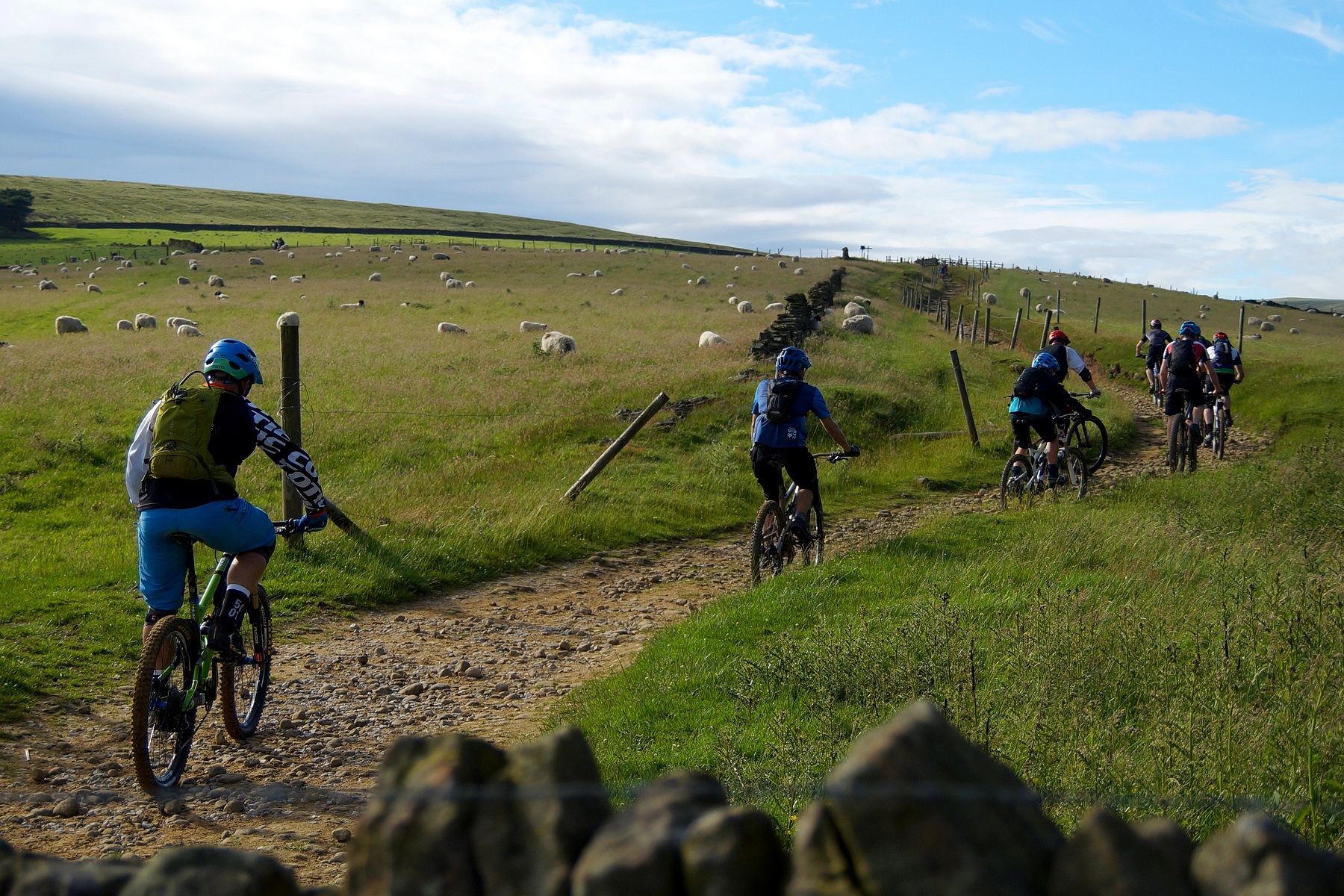 It’s been an interesting week in the world of mountain bike advocacy. The topic of trail sabotage and “booby traps” has been all over the local and national media (Bimbler’s Unite). It’s been in the Times, reported on Sky and BBC news, and even on Jeremy Vine’s Radio 2 show with 7 million listeners!

So, where has that got us? What has it done for mountain bike advocacy? How has it helped serve our aims and objectives? Should we even be raising awareness of it, or sweeping it under the carpet as a non-issue? Why are mountain bikers on footpaths? All questions raised over the last few days.

Firstly, let’s get one thing clear. Whatever the motives, sabotaging trails with the intent to cause injury is wrong. End of. No grey areas. Setting “booby traps” to intentionally injure is indiscriminate. Dog walkers, hikers, horse riders, runners, Mums, Dads, kids, Grandparents and their pets all use these trails too. Should they have to negotiate these dangerous obstacles just to enjoy the countryside? (*hint* no, they shouldn’t).

Let’s tackle some of the arguments one-by-one.

These obstacles aren’t a problem

For some, these obstacles are nothing more than another trail feature to negotiate or clear. Small walls built across the trail? Just jump over them! Low-hanging branches? That’s just part of Summer. In some cases, maybe. In other cases, they are man-made obstacles with the deliberate intent to cause harm. Whether it’s obstacles that need clearing or the significantly more concerning intentional “booby traps”, it’s up to advocacy groups like Peak District MTB to raise awareness for the benefit of all trail users.

These “booby traps” are not that widespread

A few people have claimed that they have never seen or experienced booby traps or other significant obstacles on trails. Lucky them. If every trail user had come across dangerous booby-trapped trials, we’d see a lot more people in hospital. Thankfully that isn’t the case, but why wait until it *is* that bad before we highlight the problem?

Highlighting the problem will lead to copy-cats

That is a risk. Sweeping this problem under the carpet is also a risk. We feel it’s better for people to be aware than pretend the problem doesn’t exist. If you see a “booby trap” – an obstacle intentionally placed to cause harm – please let the Police know by calling the 101 non-emergency number.

What should I do if I come across a blockage?

Take some pictures of it and ensure it can’t cause harm or damage for other path users or wildlife. If it’s a significant danger or a regular problem in the area, consider informing the land owner (who has a duty of care to rights of way users), the National Park Authority (where applicable), and your local MTB advocacy group.

If it’s clearly an intentional “booby trap”, let the Police know on the non-emergency 101 number. You can also report it online https://report.police.uk/. Some local forces have their own crime reporting tools too, e.g. Derbyshire: https://www.derbyshire.police.uk/ro/report/ocr/af/how-to-report-a-crime/

The police aren’t aware of this being a big problem

We’ve seen a few comments from people who say it’s just too hard to get through to the police on the non-emergency 101 number to report these incidents. Please persevere. Report any obviously deliberate trail sabotage that could cause injury, be it branches pulled across the trail at head height, upturned wood with multiple nails sticking up waiting to skewer someone, or bailing twine strung across a trail at just the right height to wrench someone off their bike (I’ve got the personal experience and the scars to remind me). Let’s report these incidents to the Police so we have objective evidence of the size of the problem.

This isn’t a reason to sabotage trails with the intent to cause injury.

A *small number* of  mountain bikers ride without due care and consideration for the other users who are also trying to enjoy the outdoors. We can’t deny that. Mountain bike advocacy groups across the UK and beyond work tirelessly to promote considerate sharing of the trails. The Be Nice Say Hi campaign is now global and has been picked up by national cycling bodies such as Cycling UK.

Since Peak District MTB started several years ago, we’ve seen a huge and growing maturity from the mountain bike community. Our friends, colleagues and fellow social media followers do a sterling job spreading the importance  of consideration for other trail users. It’s making a huge difference. Regardless, sabotaging trails with the intent to cause injury is not the way to tackle this.

Mountain bikers shouldn’t be on footpaths

Some of the more vigilante lot feel these booby traps are as legitimate way to stop cyclists riding on footpaths. These booby traps are not just on footpaths; they are on bridleways, RUPPs, BOATs and all manner of other trails where cyclists and many other user groups are legitimately allowed to enjoy their chosen activity. Also, sabotaging trails with the intent to cause injury is wrong. Is that clear yet?

Peak District MTB does not, in principle, oppose individuals and members riding mountain bikes on footpaths. We recommend and encourage mountain bikers to use bridleways, byways and other paths with access rights for cycling. That said, we know – from discussions with other user groups, land managers and land owners, that riding where one doesn’t have a right of way can cause problems. In those cases we tell our members and followers to stay away. You can read more about our stance here.

Cycling UK have championed the cause of cycling for over 140 years and believes that “…it is acceptable for cyclists to use footpaths, provided they do so in a manner which respects the safety of other path users and their peaceful enjoyment of the outdoors, and with regard for the environment and its ecology. Read more about their stance here.

Some footpaths aren’t able to support lots of cyclists. Some footpaths are ideal trails for cyclists. Peak District MTB and Cycling UK are both campaigning for more rights of way for cyclists, with local successes such as the permissive cycleways on the Roaches Estate in the South West Peak District, and huge steps forwards at national-level with the Trails for Wales campaign.

Isn’t this a distraction to our aims?

We work with other user groups to spread the message of considerate shared trail use (Be Nice Say Hi). We’re constantly spreading the message to more and more mountain bikers that the trails are for everyone. We’ve had some great successes and we’ll continue with these efforts. It’s working. These are our aims.

Over the last week the positive work of mountain biking advocacy has been in the national consciousness. This gives us an opportunity to promote the great stuff we do to a wider audience.

To spread the word that we are considerate human beings, mums, dads, sons and daughters, all wanting to enjoy the great outdoors.

To share the great successes we’ve had working with walkers, horse riders, fell runners, climbers and ramblers to raise tens of thousands of pounds to “Mend our Mountains”.

To get more people involved in the hundreds of hours of volunteer rights of way maintenance we do.

We won’t win everyone over in one fell swoop but – with an audience of millions this week – maybe we’ve won quite a few more people over to the idea that mountain bikers aren’t a bad bunch.

It’s advocacy. It’s what we do.