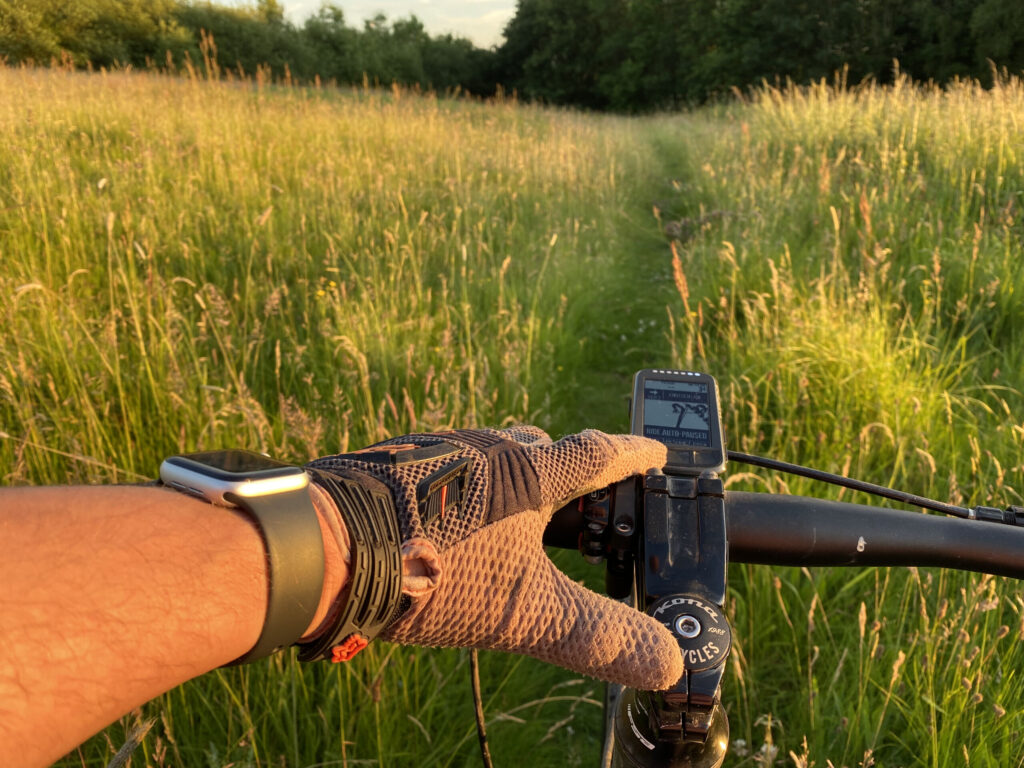 Does Mobile Technology Turn all Mountain Bikers into ‘Tourists’? A Conversation Between Two of Our Members.

Recently, an article from a map-making company was shared on our Facebook page that got everybody talking. In this article, it was which suggested that whilst we are hard-wired to use spatial information and find our way around, the use of mobile technology and GPS navigation devices have removed that process of observation; bypassing the important sense of exploration that our ancestors might have experienced. Below, two of our committee members, Chris Maloney (Keeper of the Peak) and Jim Cherrington (Sheffield Hallam University) share their thoughts on what this might mean for the future of mountain biking.

JC: This is a familiar issue, and one that I am currently trying to make sense of this in terms of the impact that e-mountain bikes are having on users’ relationship with the landscape. Let me start by saying that I am a big fan of ebikes; they can increase the accessibility of the outdoors for riders who would otherwise be physically excluded, whilst equalising the cycling competencies of individuals. This allows people to ride together despite their age, gender, disability, or level of fitness, which can only be a good thing in terms of bringing people together on the trail.

Ebikes are a super exciting development in our sport, but it’s impossible to deny that they have a whole host of implications that mountain bike advocacy groups, land managers, and policy makers, have yet to really think-through. Non-assisted mountain biking involves a complex relationship between riders, bikes and terrain that is embedded in the physical, social, and cultural fabric of the activity. Through experimentation and progression, riders learn to be attentive to the limits and abilities of their bodies and bikes, gaining a deep-felt appreciation for the both the feel of the trail and topography of the landscape. Over time, this relationship provides the substance for our encounters (and conflicts) with different user groups, as mountain bikers make concessions for others (horse riders, walkers etc) based on their shared understanding of the landscape. Riders may stop on a steep ascent, allowing a horse rider to pass safely, or slow down to accommodate groups of walkers as they pass across awkward and uneven terrain.

The worry with electronic assistance is that it can potentially ‘de-possess’ some (but certainly not all!) riders of the necessary know-how to operate their bicycles in shared environments. Of particular concern here is the worry that ebikes can disrupt our immediate relationship with the distribution and feel of the landscape (i.e as when ebikers are accused of going too fast and putting other land users at risk), and can negatively impact our perception of physical exertion and distance (i.e when users go too far and need to be rescued by the air ambulance). I don’t think this is as big an issue as some people make out, and most of the ebikers I ride with are very careful about where and when they ride, but I do think that it is something that advocacy groups such as Peak District MTB need to be aware of in terms of the implications that this may have for access rights and inter-group conflict in the Peak District National Park. So where do we go from here? In thinking about the future of mountain biking we have borrowed a term from Tim Ingold, who suggests that users of the outdoors – which includes traditional mountain bikers and ebikers – need to ensure that they are ‘wayfarers’ rather than ‘tourists’ in natural environments. Whereas tourists might see mountain bikes as a means to an end, and have a dispassionate relationship with the landscapes that they ride in, wayfarers make an active effort to become more knowledgeable about the spaces that they inhabit and to consciously look after them as they move. As a result, wayfaring becomes a way of life, rather than just a means to an end, that allows people to love where they ride, whilst connecting people to wider issues such as climate change, pollution and habitat loss.  What are your thoughts on this Chris? Can mountain bikers be wayfarers given all the changes that are going on in our sport?

CM: I know the Dark Peak like the back of my hand. I really do. In that, let’s be honest, I don’t really know it that well at all. Of course, I know I have a scratch there, a bump here, but who on earth knows the back of the hand in the way the saying implies? Who the hell spends that much time studying it? Such is my relationship with the Peak. Yes, I know perhaps more than most people where a path goes, I might even be able to tell you to look for a kicker, watch out for a root or stream on your way down. My wife gets annoyed at my ability to identify a place even from the most obscure of angles in a photo. Perhaps I’m lucky. Perhaps having spent a lot of time in the hills they have become ingrained. You get used to the tones and colours – that brown grey of the Dark Peak compared to the green, slightly lighter grey of the White and with that you’re already narrowing down a location without the need for electronic assistance.

I’ve never been one for GPS and guided devices – not only do I love the feel of a proper OS map, but that ingrained sense of ‘where’ has always been there for me. Or so I thought. On a recent ride out, I decided to explore a path we’re looking at for upgrade in Project 22%. On paper and from memory it was a simple slabbed traverse from one bridleway to another, but with very low cloud reducing visibility to about 20 metres, the innate sense of direction was thrown. This was exacerbated with the kdunk-kdunk-kdunk of slab riding along a winding trail. At a fork I briefly took the wrong path before a briefly lift in the mists allow me to reorientate turn around. I was lucky. There’d have been no danger, but I’d have had a long and annoying climb back up from the wrong side of the hill had I carried on. But good came of it – I learned and recalibrated; my getting lost, albeit briefly, forced me to reset. What I thought was a path heading north was in fact a path heading west. My head quickly ctrl, alt, deleted and the hidden landscape behind the fog emerged in my mind like some mountain biking Brigadoon. 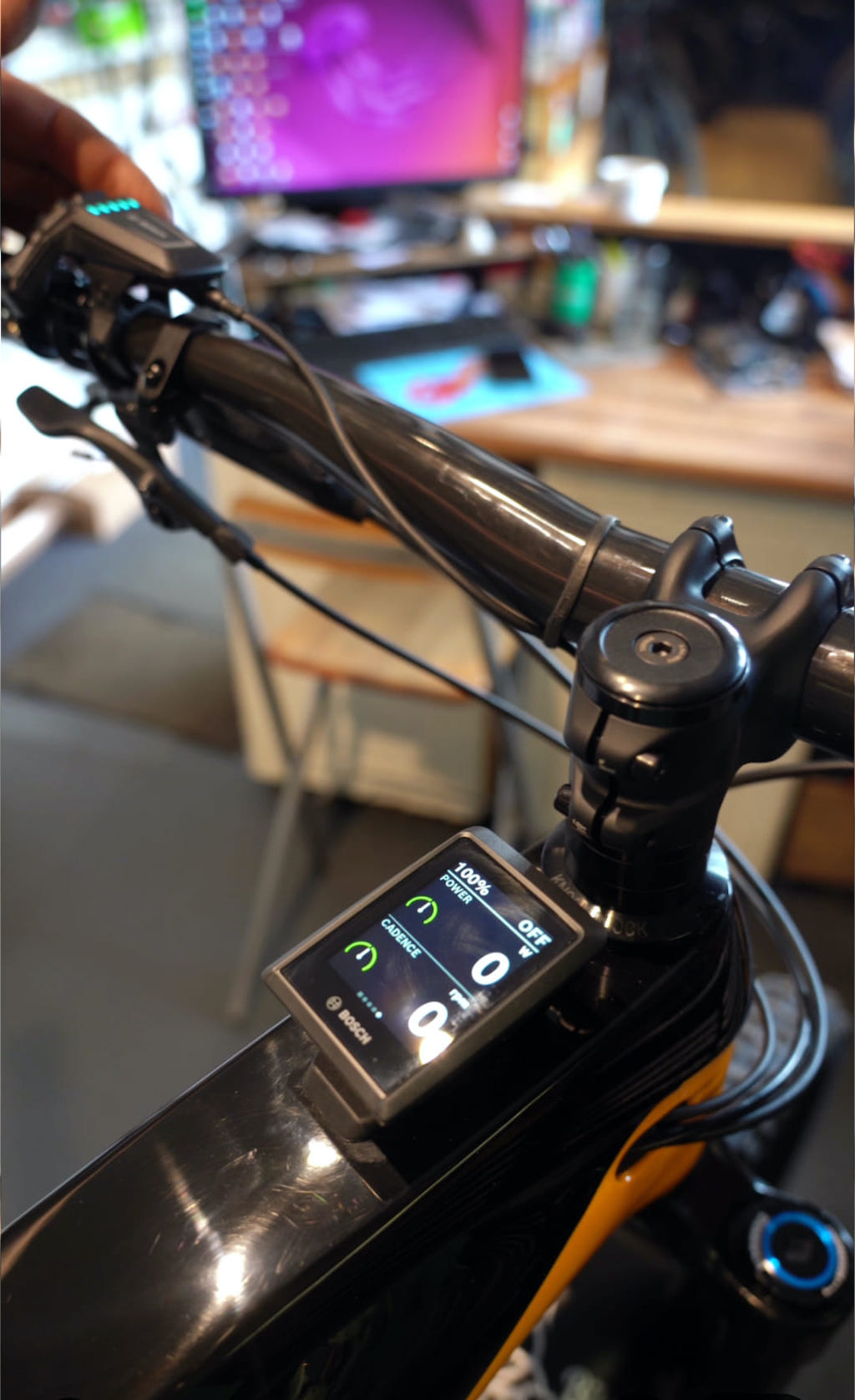 I could have had a GPS device. I could have checked the OS app – but for me, part of riding is getting away from the tech and the screen. I even have an allergic reaction to the battery indicator on an ebike; it’s a stress and a constriction I don’t need or want. I kind of get a thrill from the disconnected nature of my riding and the little bit of risk it introduces. Does that make me a wayfarer? Jim tells me it does. But for me, it’s just something which adds to the experience of riding far from the nearest WiFi point and USB charger. I’ve said before that being connected to nature and the environment, disconnected from the stresses and strains of real life is what it’s about for me and so from an advocacy perspective, I just want to protect that. I mean, once you simulate and substitute one natural, innate experience, where do you stop? A sense of direction becomes a GPS device, a sense of effort becomes a Bosch motor, a sense of satisfaction becomes….lost. I’m being deliberately provocative – I love an ebike, but I do feel that the more we cosset ourselves in gadgetry; the more we lose touch of the very reason we go out for a ride in the first place.

If you’re interested in these issues and want to get involved in the debate, get in touch with us at info@peakdistrictmtb.org