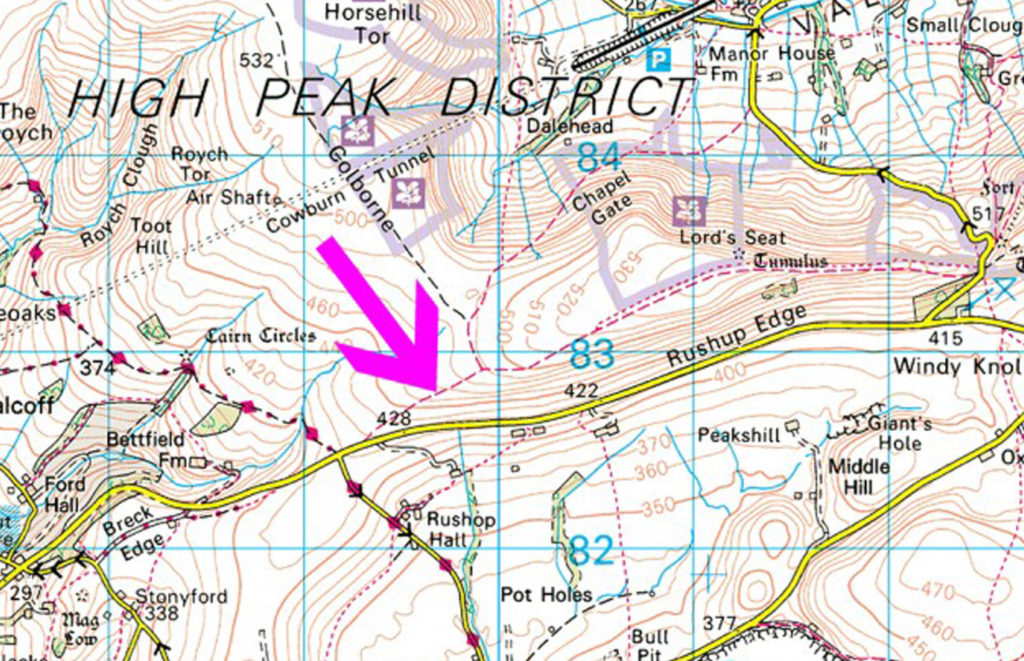 If you saw our recent update to the Rushup Edge/Chapel Gate fiasco and are looking for a summary of the situation today, read on…

Following objections to Derbyshire County Council’s work on Rushup Edge, consultation was sought from user groups. We and other groups provided statements in January 2015. Some months later a report was drawn up by the Highways department at DCC for Councillor Dean Collins, responsible for highways, who will be present at the council meeting on the 7th of July.

This document is, in parts, pretty unclear but it appears to be suggesting the following:
• The work should continue with some modifications which include drainage
• Future consultation should be more defined

What it doesn’t say, however, is more important:

• The justification for the work remains inappropriate
The exact plans for the work and maintenance remain unclear
• Consulted group’s comments have been misrepresented. This includes the Local Access Forum, Peak District National Park and elected representatives
• The costs of the project have not been mentioned despite this being a major objection from many user groups, councillors and local MPs
• The lack of consultation with local disabilities groups (disability access was a major justification for the works) and the relevant parish council
• A realistic commitment to future consultation.

In some ways this is disappointing, until you remember that DCC’s Right’s of Way office hasn’t exactly been proactive in seeking consultation prior to major, costly schemes such as this. So even these tiny concessions should be a positive thing. We will press on though; there are major flaws to this report, which we aim to highlight. We will press for better consultation and recognition of our group. We will press more a more sensible approach to rights of way maintenance.

We’re not despondent in Peak District MTB. Since Rushup Edge we’ve come a long way. Our supporters stand at over 1500 (don’t forget to sign up on our website to become a full member; this is important to give us the democratic mandate we need). Our exposure and standing as an advocacy group has increased; in fact, landowners now approach us and organisations are keen to hear our voice. We’ve also joined forces with a large number of like-minded groups and this has the potential to lead to significant representation for mountain bikers in the UK. We’ve started to put something back into the Peak District, whether it be by maintaining trails, supporting disability groups or encouraging visitors to come and enjoy the trails.

Our next step is to ensure the elected members of the council are aware of the objections raised in this consultation in order to make the right decision about Rushup Edge as well as demanding better consultation and democratic oversight, ensuring this never happens again. We wont give up. We need our members to get behind us, register on our website, attend our dig days, volunteer on our behalf, contact your local MPs to let them know what’s happening and we may – once more – need to bring out the social media machine that was so successful in putting Rushup Edge on the map.