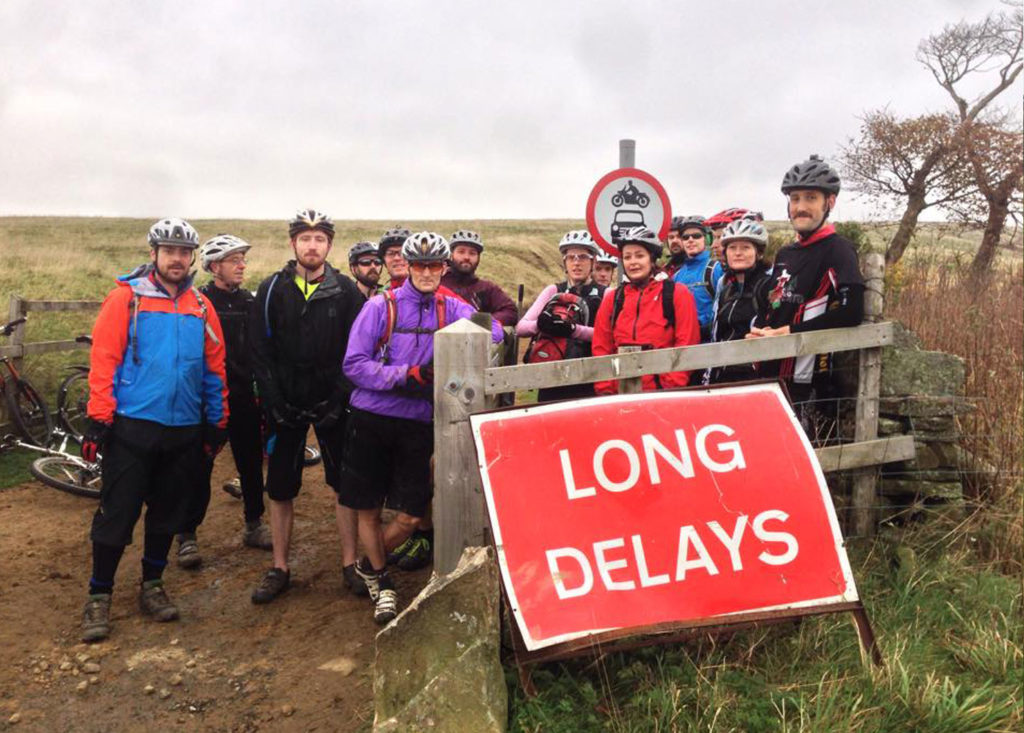 Today’s protest was organised by Esther Hobson and was a valuable public display of dissatisfaction at the way DCC are going about their highways maintenance program. The work on Rushup is believed to cost £70,000 and is not necessary, especially when budgets are being slashed and money can be spent so much better elsewhere. It’s also the latest in many trails that have arguably been ruined by the nature of DCC’s maintenance in recent years.

Singletrack magazine were there to report on the event and have already put some very informative news stories up on their popular website.

Outdoors Magic have also picked up on the story and these media reports can only help with our cause.

Singletrack have fired some questions over to DCC about the works – questions often asked but never satisfactorily answered – and we look forward to seeing how DCC respond.