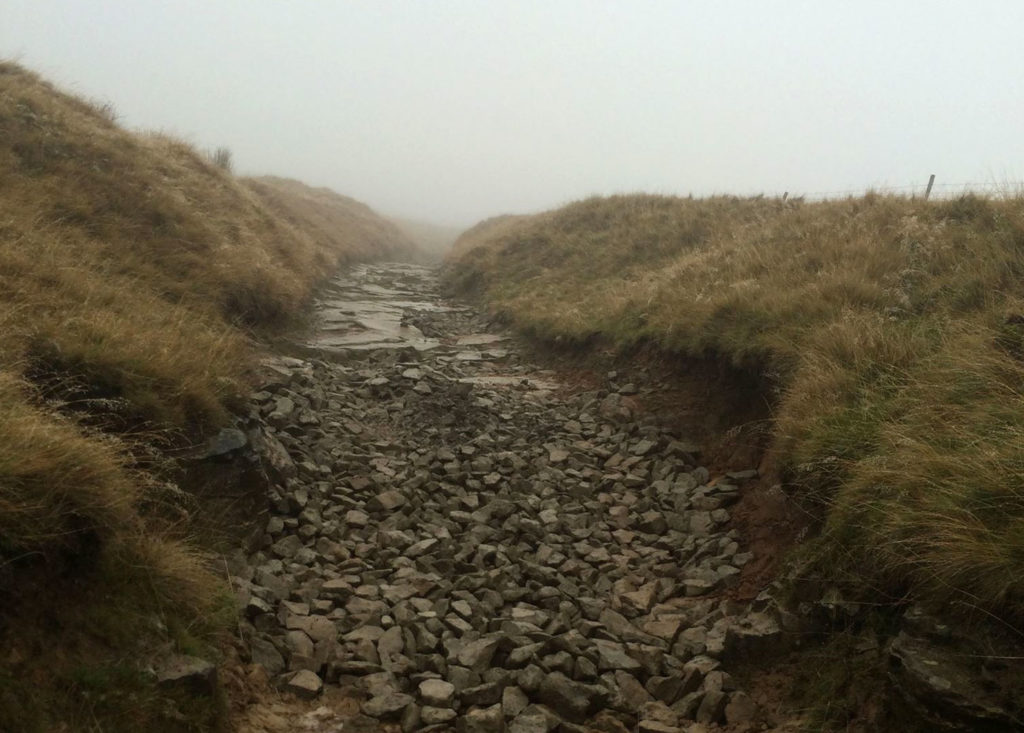 As you will have seen on this website, Facebook and Twitter, there has been a whirlwind of activity over the last few days concerning Derbyshire County Council’s maintenance work on Rushup Edge. Mountain bikers have been very vocal on social media as well as more direct forms of communication; complaining to local councillors, DCC, Peak District National Park Authority and more. There’s been some great media coverage and this continues tomorrow with a piece on Radio Sheffield at 11:20am.

Our direct membership and numbers on our Facebook group have grown and grown and the support we’ve received has been tremendous. Even the World Champion himself Steve Peat gave us a retweet.

One question that keeps cropping up is what the other user groups think. Is it just us mountain bikers who are bothered by this? DCC seem to think so, with a flurry of copy and pasted responses going out to concerned mountain bikers, downplaying the situation. We’ve heard ourselves described as over-reacting radicals.

What do the horse riders think?

Without the serious multi-user group consultation that we’ve been asking for, comments from individuals could be dismissed as anecdote. However we had some feedback from a horse rider who has ridden the route more than once (in its former glory), holds some influence amongst the Peak District horse riders and whose opinion we value. The following is pretty much verbatim following a recce of Rushup Edge by another horse rider:

“We agree the surface repairs are unsatisfactory. The un-repaired route was used by horses and the steps were not a problem. It was in keeping with the landscape, the weathered surface was as one would expect for such an exposed route. Rushup Edge isn’t widely used by horse riders but it is part of (the) Kinder Loop ride which (we would say is) challenging. As far as we are aware no one who has ridden the route has had an adverse comment about Rushup Edge.”

“I expect DCC will come and add a nice layer of limestone or worse still road plannings to build up the surface. Once a firm surface is applied the track would be able to be used by walkers, bikers and horses but we would be concerned that the track would be covered by bikers at great speed downhill which would cause us concern on safety grounds. Like you we don’t want an urbanisation of the countryside.”

Based on this feedback horse riders may well be our allies. Some interesting points and if nothing else it shows DCC’s blanket declarations about what a given user group wants are nothing more than tenuous assumptions based on limited consultation. 2014 may be too late but let’s stick to our goal and try and change that for 2015 and beyond.