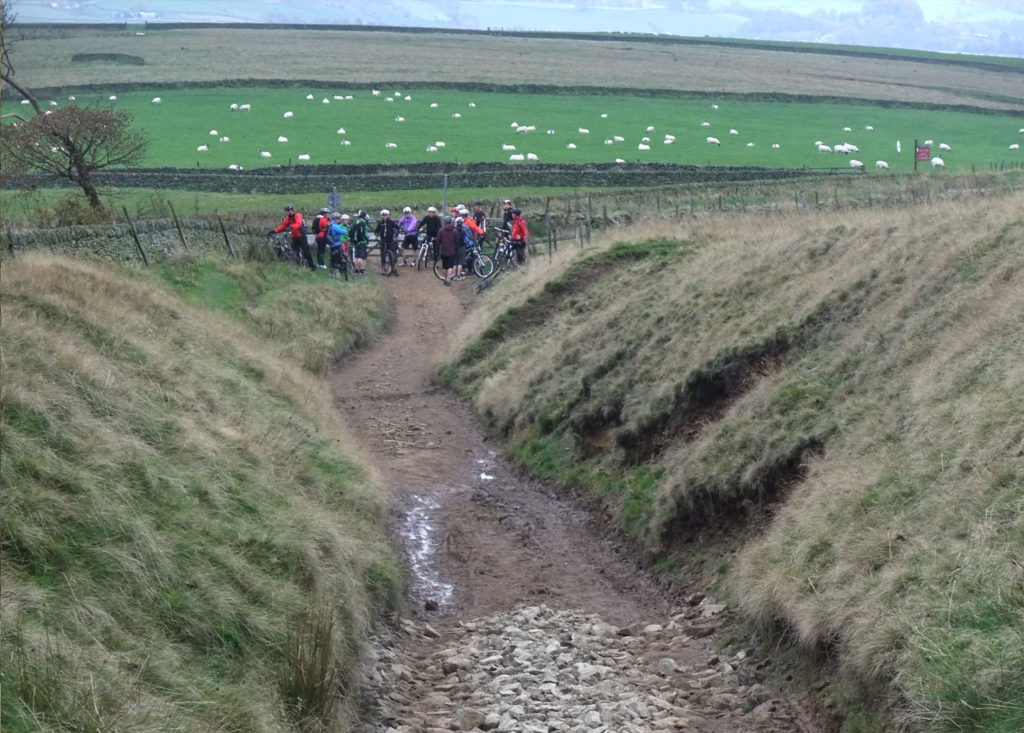 We’ve added some additional detail to our official response to Peter White at Derbyshire County Council and have updated the article below accordingly.

Most members of Peak District MTB – and even casual observers – will be well aware of the ongoing situation on Rushup Edge (officially referred to as Chapel-en-le-frith BOAT 144). If you’re not, there’s plenty on our website to bring you up to speed and our previous article is a good and recent starting point. It’s not the easiest consultation to provide meaningful views on, for reasons that we point out in our official response to DCC’s Rights of Way officer Peter White, transcribed below.

Derbyshire County Council’s latest consultation expires 28th November (click here), so please get involved and make your views known before it’s too late. Remember, our combined voice is a loud one.

The Peak District MTB committee wish to formally comment on the proposed works to Rushup Edge BOAT 144 in response to the information published in September 2016. Peak District MTB is a voluntary advocacy group with over 2800 supporters. You will be aware that the Peak District, and this byway in particular, is a nationally important route for mountain biking providing connections between popular areas in the Hope and Edale valley and the Pennine Bridleway. As reflected in the large and growing number of charities, groups and businesses associated with Peak District MTB, mountain biking is a vital part of the local community and economy.

When work on Rushup Edge first began you received advice from the Peak District Local Access forum was that a ‘reasonable agreed solution’ should be found to provide access to a range of users. Many user groups felt that work was unjustified and requested that any work carried out should be justified, sensitive, sustainable and in keeping with the character of the area. Peak District MTB do not believe these proposals represent a reasonable solution. We urge you to hold a site meeting involving all user groups to identify what, if any, repairs are necessary. In our view repairs to the surface are not required.
The details of the proposed works provided by DCC are very limited. This makes it difficult to be certain what is proposed, so making a response has been difficult. In the absence of a detailed response we have attempted to comment based on the limited information available and our experience of other similar projects in Derbyshire.

In conclusion, changes to the route remain unjustified and the plans and the cost are unacceptable and the methods used in this consultation fall below that expected of a public body.